Mayfield Utd v Glen Celtic 21.05.04
City semi-final
Details below
Please keep sharing and retweeting these pics. And, if you can, let clubs that are not on Facebook or Twitter and those that have folded know about them. Please share these photos on the internet as best you can as a lot of work has gone into them. When sharing individual photos on social media, please credit @CorkBilly on Facebook . Be sure too to download and keep copies for your own club. 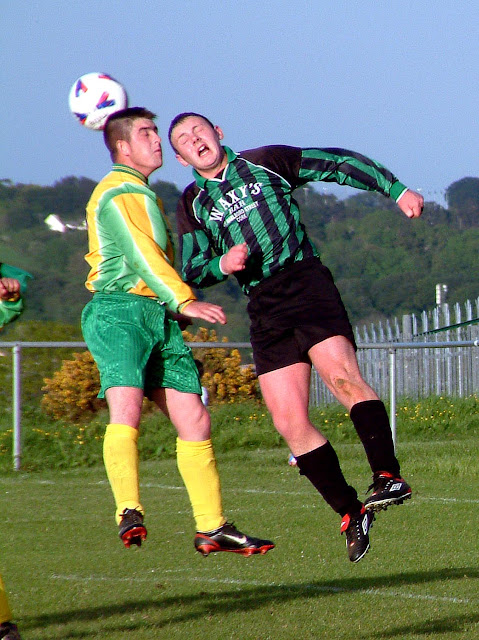 Glen Celtic, who pipped Churchview Celtic on penalties in their Murphy’s Stout City Challenge Cup quarter-final, had a disastrous shootout in Mayfield in the semi-final and failed to find the net from four attempts.

Mayfield missed their opener but were let off the hook and successful shots by Adrian Saville, Alan Kelly and Sean Madden, gave them a 3-0 decision and a place in the final against neighbours Ballyvolane B.

Mayfield’s immaculate number one pitch, not to mention the spectators, deserved a better encounter than this goal-less game. The local derby started well enough and there was a reasonable first half but it went downhill after that and penalties were on the cards long before referee Freddie Murray sounded the final whistle.

While second division Glen recovered to give as good as they got, first division Mayfield did have the better of the opening quarter. Ian Saville went close with a side-footed volley and then Sean Madden’s header from an indirect free in the box by Dave Kenny wasn't too far off.

Glen had a tremendous chance in the 36th  minute when Tony Kavanagh, with the aid of a pass from Danny Kiely, got into the box but, with a good view of the target, blasted wide of the near post.

Mayfield responded two minutes later. A free was half cleared and Mick Brosnan knocked it back to Adrian Saville and his flying curling shot was very close to the angle of bar and post.

Chances were rare in the second half, most of them to Mayfield. In the 2nd minute, the influential Kenny crossed and Simon O'Leary let fly but keeper Ken Kiely made a fine stop. And Kiely came to the rescue again in the 64th minute, saving well from sub Noel O'Brien. O'Leary soon had another chance but kicked over the top.

Mayfield’s best chance came in the 72nd minute. The unmarked Niall O'Sullivan closed in on a free from the left but headed over the bar from about eight yards. There was a tremendous effort from Glen midfielder Danny Kiely just two minutes later but his long range drive from the right wing flew just over the bar.

Glen almost stole it with four minutes to go. Then Tony Kavanagh’s strong run saw him get away from two defenders but his flicked shot was saved by keeper Brian Ramsell.

O’Brien, thanks to a return pass from Madden, got into the Glen box in the opening minute of extra time. He got the ball past keeper Kiely but Patrick O'Leary was on hand to boot clear.

That was about the only noteworthy incident of extra time and Glen, after that shootout win over Churchview, must have fancied their chances in the penalties but this time it was the Mayfield numbers that came up. The Mayfield full back, Ger Forde, wasn't involved in the shootout but did enough over the 110 minutes to merit the nod for man of the match.

In the other semi-final, second division Ballyvolane B defeated Glenthorn on penalties after another scoreless draw. Glenthorn, with Davy Ellis and Kieran Evans impressing, played well enough and were unlucky not to score through Darren Kennefick (first half) and Alan Falvey (second). 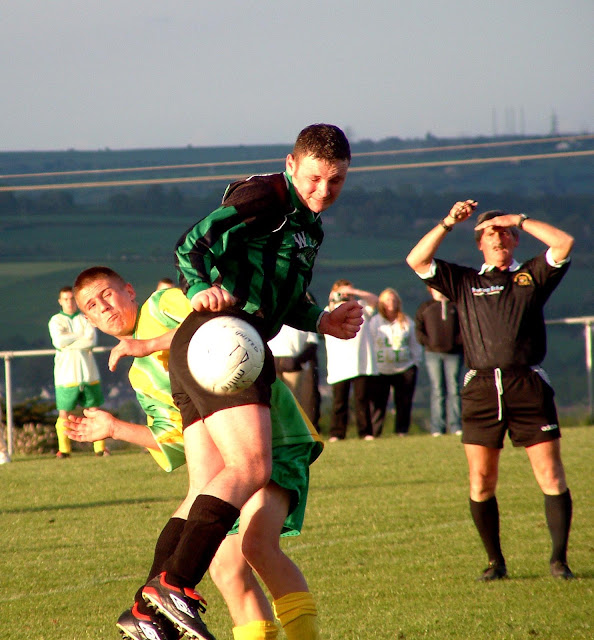 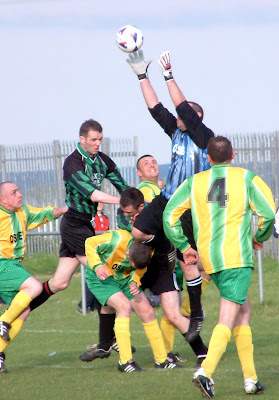 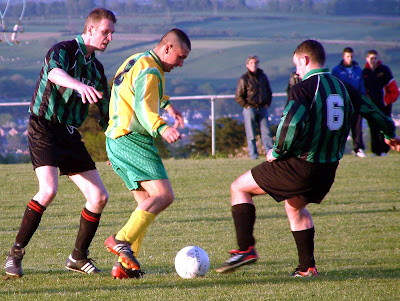