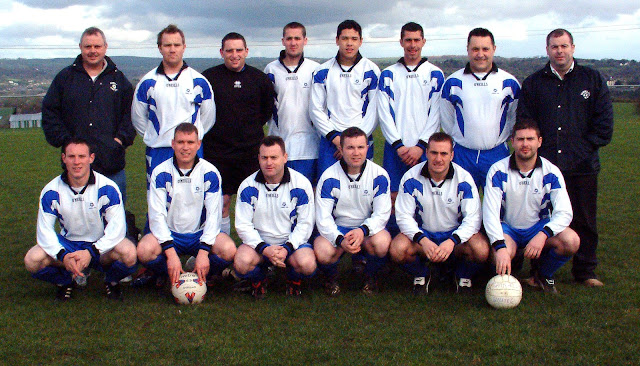 Paul Foster scored in the 51st minute of the top of the AUL 1B table clash to give visitors Fairhill Utd a 1-0 win over hosts Mayfield Utd. The game was played in difficult windy conditions.

Mayfield, it must be said, had more than a fair share of possession and control throughout the game but could not put the finishing touches to the chances that they created.

Both sides had their chances in the opening quarter before Fair Hill produced a fine move in the 24th minute. Then Mark O’Mahony sent Jason Lee away on the left. Lee interchanged passes with Eddie Shaw before crossing a dangerous ball towards Colin Murray but Mayfield keeper Brian Ramsell intervened and knocked the ball away. It broke for Foster but, from a good opposition,  he lifted  his effort over the bar.

Ramsell was left fearing the worst again in the 30th minute. Then he saw the unmarked Eddie Shaw close in on a free from the left but the Fair Hill raider, unmarked, headed straight to the relieved keeper.

Mayfield, with Dave Kenny in form, finished the half well. Kenny made a great run on the right, cut in and let fly from an acute angle and Fair Hill keeper Alan Mooney did well to turn it behind for a corner. And, a few minutes later, Mooney was again tested by Kenny and again came up with the goods.

Mayfield were in control at this stage of the game and their captain Paul Keegan sent a marvellous ball out to the left that found Alan Kelly. Kelly got away from his marker but his well-driven effort missed the target.

Fair Hill’s goal came when Foster sent a looping ball that dipped over the head of the stretching Ramsell to open the scoring.

Mayfield recovered and enjoyed a good final quarter. Kelly sent Sean Madden in and he let go but keeper Mooney got down well to block the shot and push the ball away.

Mayfield continued to apply the pressure and in the 75th minute, John Warren sent Madden away on the right. Madden, in turn, found Kenny but the low hard shot was blocked by Mooney’s legs.

There was a big incident in each goalmouth as the game came to a close. Fair Hill had a chance to put the game beyond Mayfield’s reach when Colin Murray found himself clean through on goal and with only the goalkeeper to beat but Ramsell got down well to grab the ball as the Fair Hill man tried to round him.

At the other end, in the dying seconds, Mayfield’s captain Paul Keegan hit a terrific shot from an acute angle but the ball crashed off the upright and Fairhill stayed top of the league and could well stay there until the finish. 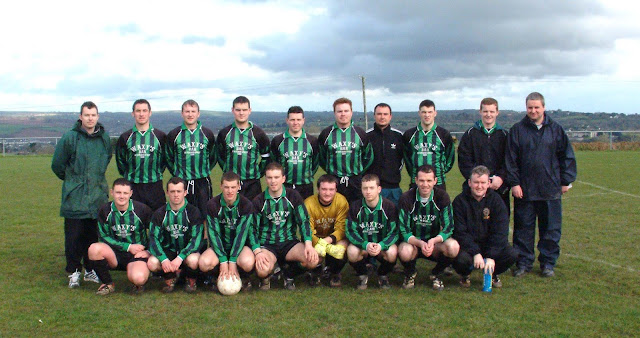 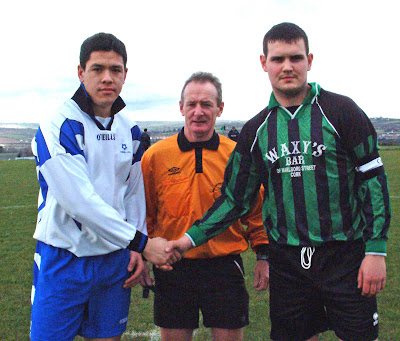