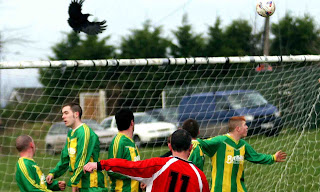 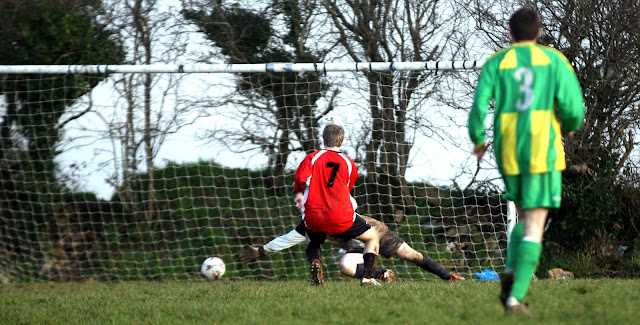 Dillon’s Cross and visitors Hibernians put on an action packed ninety minutes at Silverheights on Sunday morning. They shared four goals in this mid-table clash in AUL 2B but missed at least as many.

It could well have been worse for Hibs. They could have been a few goals down at the end of the first quarter and were a goal down when the game reached injury time. But midfielder Thomas Horgan came to the rescue with a cracking drive after Dillon’s had failed to clear a corner kick. 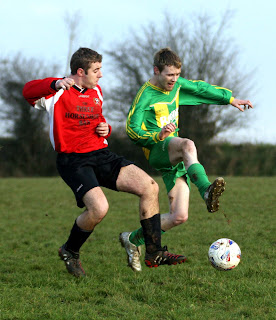 Dillon's first big miss came in the 8th minute, after an error by visiting keeper Alex Buckley. But striker Daniel Stanton, who had all the time in the world, hurried his shot and the ball flew over the top.

And there was another big let off for Hibs in the 12th minute. Then Dillon’s striker Graham O'Leary collected Mark Riordan’s through ball in the box but shot straight at the isolated Buckley. 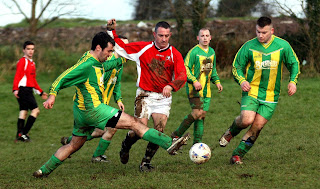 The Paddy O’Mahony managed visitors settled down and they began to get on top midway through the first half and, in the 25th minute, home keeper Wayne Mulcahy made an excellent save from a close range effort by Declan McGrath, after good build up play by Alan O’Callaghan and Shane Hurley.

Hibs were denied by a terrific goal-line clearance by Greg Kelly on the half-hour. Hurley forced a corner and when Philip Moore floated it over, McGrath got in a great header but Kelly headed off the line. 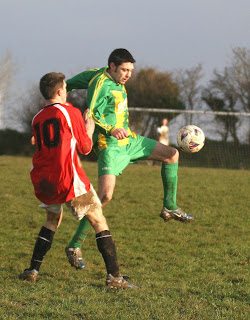 There were mixed fortunes for the home keeper in the early stages of the second half. In the 50th minute, Mulcahy dived to his right to turn away a pile-driver by Hurley but, minutes later, allowed the ball spin out of his grasp and in for the lead goal. The shot, after a corner, had been driven in to the box by Paddy Brophy and Moore’s deflection caused the problem for Mulcahy.

The lead lasted just about a minute. Then a close range blast by Dillon’s Steve Monaher was blocked for a corner. The flag kick was half cleared and eventually came to O’Leary who coolly beat Buckley to equalise. 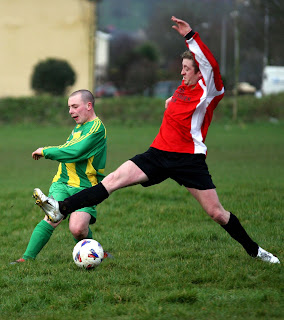 O’Leary should have made it 2-1 in the 57th minute. He was presented with the chance after a poor goal kick by Buckley but the Dillon’s man drove wide of the inviting goal.

Three minutes later, there was a major miss at the other end when Hurley, who had sped past the keeper, and colleague McDonnell got in each other’s way. 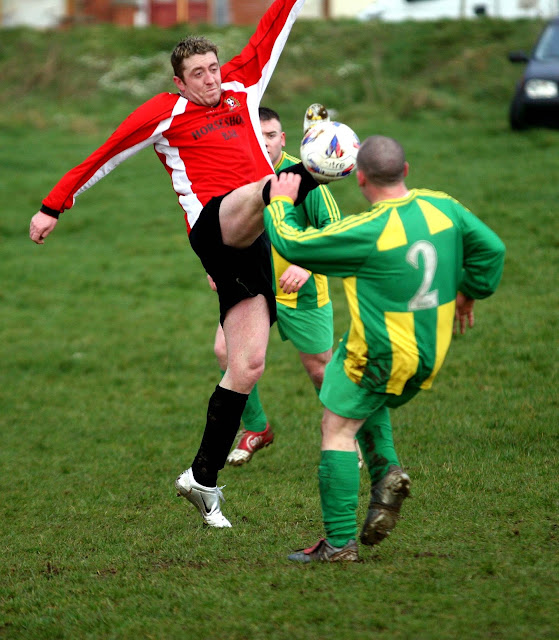 Dillon's went in front in the 76th minute. Excellent defender Aidan Keohane split the advanced Hibs defence and sent Monaher in to score with a cool finish. Monaher came within inches of sealing the victory ten minutes later but his lob over Buckley hit the top of the bar.

The equaliser came in the second minute of injury time. Moore’s corner was half cleared but was met with force by the incoming Horgan and his shot flew through the crowded box and past keeper Mulcahy. 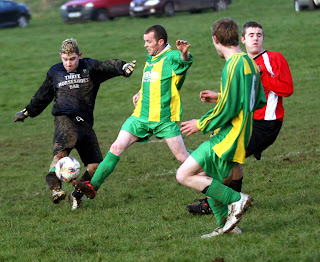