Keeper Greg Byrne scored one and saved one as Springfield won the Murphy’s Stout County Cup for the first time ever when they defeated first division rivals Ballincollig 4-3 on spotters after last evening’s final at Turner’s Cross had ended without a goal.

Neither keeper was tested that much in the preceding 110 minutes. The two sides were evenly matched, though that didn't prevent spells of dominance for both. Springers had a definite edge in the first half and won the corner count hands down.

Ballincollig were much better after the break and again in the first period of extra time. Nothing much of note thereafter and the shootout started with Byrne saving from Timmy O’Leary and Mark Farrell giving Springers the edge by scoring their first.

The second, third and fourth exchanges produced on the double, with Byrne contributing his goal to keep the Cobh side in front at 4-3. Ballincollig’s Trevor O'Mahony had to score to keep their hopes alive but saw his effort hit Byrne’s right hand post and Springers were champs.

The opening minutes promised much but it was a promise that would not be kept. Springfield soon took a grip and their corner count began to build but they were creating no direct danger to young Cian O’Callaghan in the Ballincollig goal.
Byrne was even less busy. Ballincollig didn't have their first decent move until the 20th minute and that ended with McNulty freeing Dave O’Callaghan for a cross that went behind.

More Springfield corners followed but still no threat to O’Callaghan. Half a one maybe in the 32nd minute when Conor Hawes shot well over after Shane Brennan had knocked down a long free kick.

Ballincollig forced their first corner in first half injury time but were much more of a force after the break and came close to a goal chance eleven minutes in. They broke quickly from a Springers corner. McNulty led the rapid raid and his potent cross towards skipper Mark Buckley was well intercepted by Kinsella.

Hawes outfoxed O’Mahony to power in a dangerous cross in the 62nd minute but Brennan fouled Jason Cronin as they went to meet it and, four minutes later, O’Callaghan got down smartly to stop a low drive by Brennan after good play by Hawes.

The stalemate continued into extra time. Ballincollig created the best chance in the 2nd minute of the first period. Again McNulty was at the heart of it. He was the link between Buckley and Cathal O’Callaghan who saw his penalty box shot fly just over.

Springers had half a chance five minutes later but McCarthy fired well over the top after neat play by Hawes and sub Jason Cronin. The second period was pretty tame and so the stage was set for keeper Byrne to do his double act and help claim the cup for Springfield.

Speaking of doubles, one is now very much on the cards for the Cobh team. They are in a very strong position to take the title in AUL 1B. 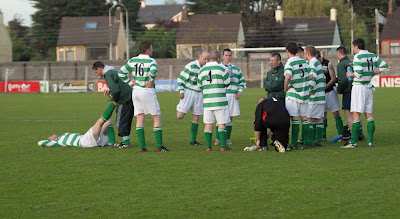 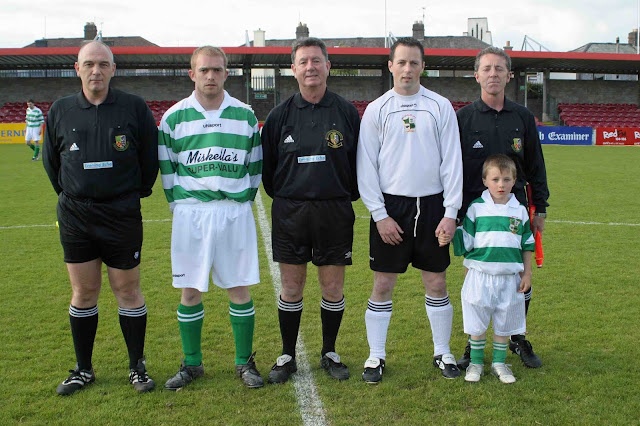 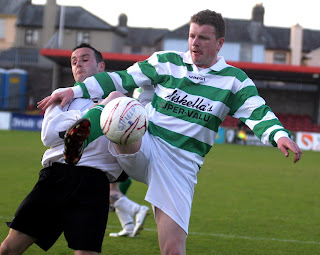 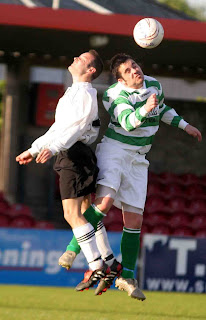 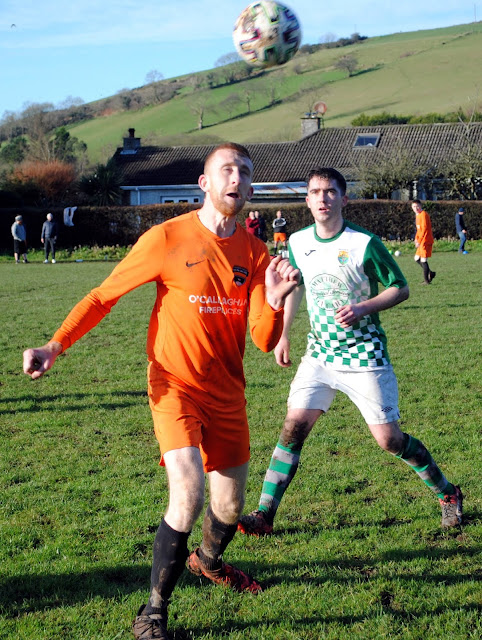