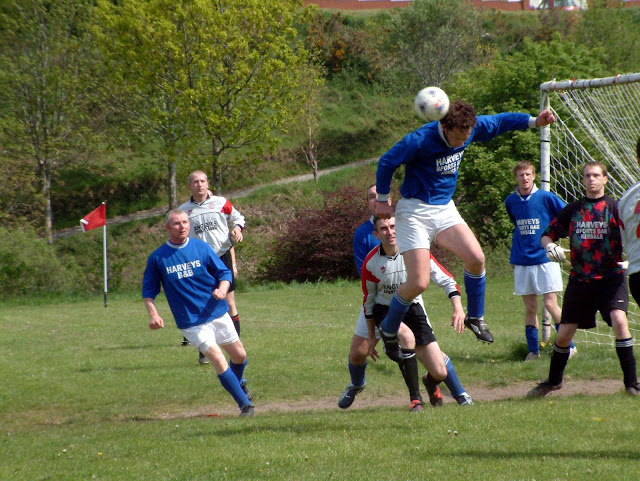 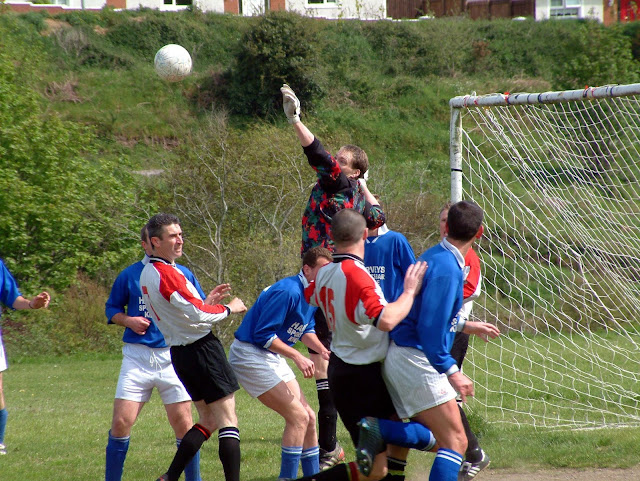 A third minute goal by inter-league ace Derek McCarthy put Kinsale, the champions, on their way to an easy 4-0 win over an out of sorts Rockville side in yesterday's Murphy’s Stout AUL Premier League game at The Glen and means that tomorrow’s match in Silverheights between Kinsale and Village United will be a crucial one in deciding the destination of the title.

Jeremy O’Donovan’s clearance led to the early breakthrough. It was helped on by Sean Prior and McCarthy headed the opener. In the next minute, McCarthy hit a great cross from the right and Dave Barry was within inches of making it 2-0.

But there was an anxious moment for Kinsale in the 7th minute. Then Florence Lynch headed the ball back behind his advancing keeper David O’Callaghan but the keeper reacted quickly and got back before any damage could be done.

O’Callaghan then did well to turn a fierce Jason McGillacuddy drive behind for an 11th minute corner. Three minutes later, the Barry and McCarthy combination got through again and this time Rockville keeper Derek O’Connor dived to his left to make a magnificent save form McCarthy.

Kinsale at this point lost skipper Pat Murphy through injury but continued to have the best of it and Sean Foran's header, after good work by McCarthy and a cross by O’Donovan, wasn't too far over the bar in the 15th minute.

Five minutes later, a quick Kinsale move, again started by O’Donovan and also involving outstanding midfielder Colin Kilty, ended with a McCarthy drive that was well saved. McCarthy had another chance in the next minute. He picked up the ball after poor defending in the box but his low shot rolled wide.

McCarthy though would have his second goal and it came in the 29th minute. Foran's ball in was easy meat for the defence but poor control saw it go loose and McCarthy slammed it past O’Connor.

McCarthy was also involved in the third, which came in the very next minute and effectively killed the game as a contest. He helped on a Kilty pass and Declan Ryan headed home from close range.

Rockville roused themselves and came close to getting one back a few minutes before the break. Daniel Barnes did well up the right and found Terry Connolly close to the corner flag. Connolly made space enough to get a cross in and found the incoming Maurice O'Neill but he blasted wide.

The losers made some changes to the set-up at the break but still the mistakes in defence continued and they were punished again in the 51st minute. Silly defending saw the ball end up with McCarthy and he completed his hat trick by slotting it into the empty goal.

The rampant winners should have added a fifth on the hour mark. Then the impressive Dave Barry raced in and rounded keeper O’Connor and pulled the ball back to sub Ken Harrington but his tame effort was kicked off the line by Jason McGillacuddy.

Barry came close to getting one for himself midway through. He skilfully weaved his way through the heart of the defence but came under increasing pressure before taking a shot that went inches wide.

Rockville created a few half chances, their best perhaps in the 69th minute. Barry found Foley on the right and he placed Micky Forde for a shot that was blocked away by O’Donovan.

Generally Rockville were sub standard and got what they deserved. 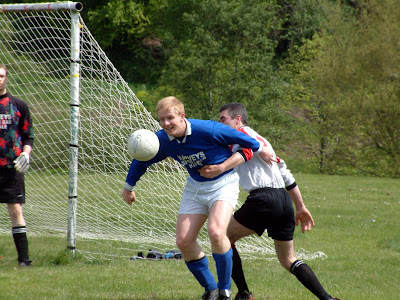 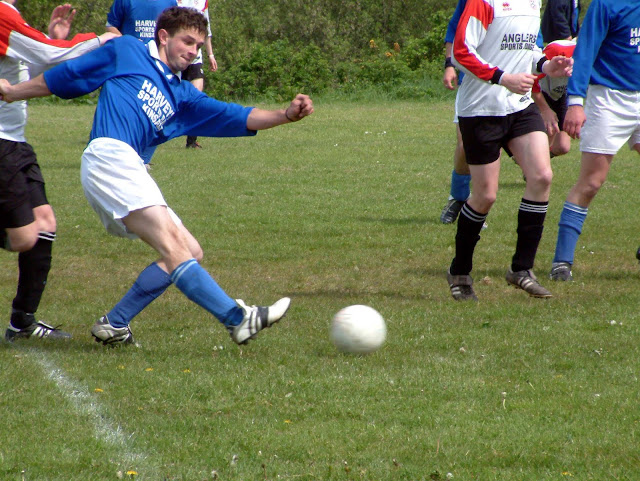