Man of the Match James Green fired in the shootout spotter that condemned hot favourites Maymount Celtic to defeat in the final of the Sports Gear Direct U17 League Cup at Turner’s Cross last evening.

Tom O’Connor, the College Corinthians keeper, had also played a key role in the shootout, making a super stop from U17 international Jamie Meehan as Corinthians took the cup on a 5-3 decision after the game itself had ended at 1-1. 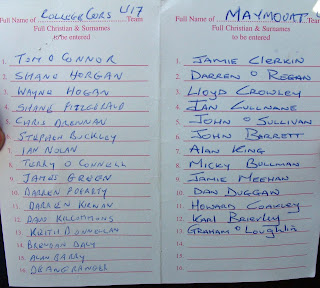