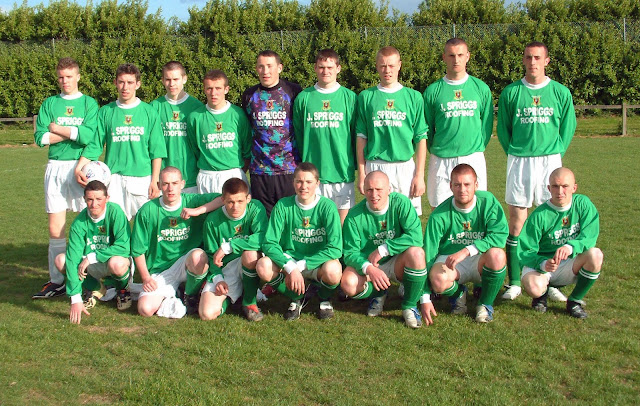 Well done to the Under 17s of Passage. The week before last, they won the league cup with a thrilling victory over highly fancied Maymount Celtic and, at the weekend, scored a 1-1 draw with Tramore Athletic, the point enough to give the harboursiders the title in AUL Division One A.

Tramore will rue the many chances they had to seal this game and their mentors must be very disappointed with the amount of opportunities that went a-begging.

A few days earlier, Passage failed to secure the double when held to a scoreless draw by Dunbar Celtic in their top of the table clash.

Keeper Daniel O’Leary, hero of the cup win over Maymount with his two penalty saves, suffered a serious finger injury against Dunbar, but was able to play in the Tramore game, with the aid of a special dressing.

It was a match that home side Tramore just had to win if they were to take the title. A draw or a win would be enough for Passage.

Tramore went ahead through Ken Murphy in the 75th minute but Passage centre forward Simon McGarry spoilt the home party when he took his goal in style as he drilled the ball beyond the Tramore goalkeeper in the 81st minute.

Not too many chances were created in the first half. The second half was different and it was in this period that Tramore had so many opportunities but failed to put them away.

Passage were certainly the busier of the two defences and in the 21st minute defender David Hayes came to his side’s rescue when he blocked what looked like a goal bound shot from close range by Paul Kerrigan.

Passage endured some more pressure from Tramore and, just before half time, Kerrigan blasted over after receiving a decent ball from Jonathan Cahill.

Tramore should have went ahead in the 51st minute when Gearoid O’Shea was presented with a good ball over the top by Stephen O’Herlihy but, with only the keeper to beat, he failed to make proper contact and the chance was wasted.

Passage goalkeeper O’Leary palmed the ball away from a corner but only in the direction of waiting Tramore player Paul Kerrigan but Kerrigan could not direct his header into the net and the ball was pushed away for the second time by the Passage goalkeeper.

Kerrigan was involved again soon afterwards and his thunderous drive from 35 yards out was saved by the keeper.

Tramore kept the pressure up and, in the 69th minute, the Passage goalkeeper brought off a fine reflex save from a headed effort by Graham Cummins that looked destined for the back of the net.

It was only a matter of time before Tramore scored and that they did in the 75th minute. Graham Cummins headed a neat ball into the path of the Ken Murphy and, from inside the box, Murphy slotted the ball beyond the O’Leary to put his side deservedly in front

After good combination work between Paul Kerrigan and Graham Cummins, Tramore’s Cummins saw his effort from an acute angle come off the butt of the upright in the 80th minute.

Tramore continued to press forward but it was Passage who scored the all-important equalising goal in the 86th minute. It came after a long clearance. Simon McGarry, who has figured with the Premier side this season, got to the ball first and drilled his shot into the back of the net.

Tramore tried and tried but could not get the winner and Passage held on to become the Under 17 1A Champions for season 03-04. 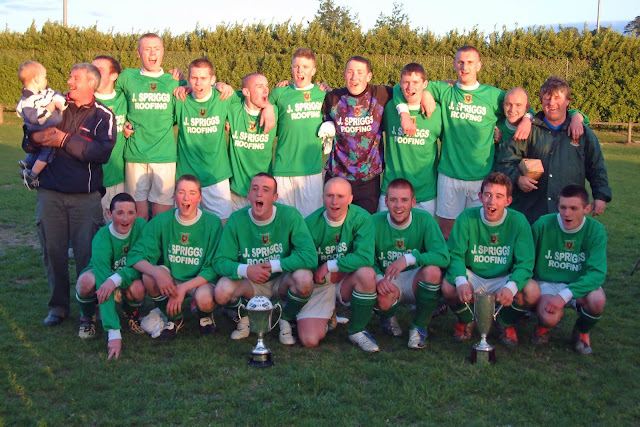 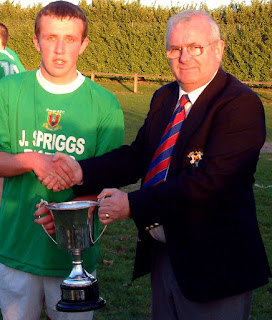 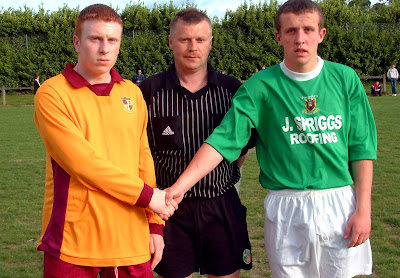