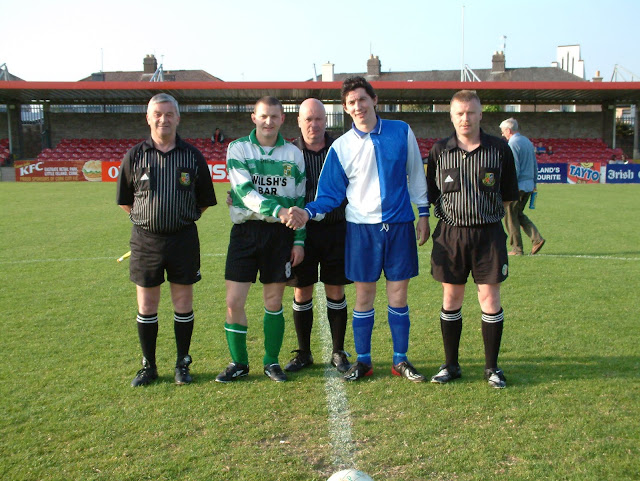 Forewarned is forearmed. That’s the message from Ger Long, the player-manager at Greenmount Rangers, referring as much to his own experience of playing the Mitchelstown men as to the ringing warning from Park’s manager Davy O’Connor when the draw was announced.

“Obviously we’re looking forward to a return to the Cross but very wary of Park Utd who have as good a record as any other team in matches against Greenmount. Park beat us a few times in recent years and we know we have to play to our full potential to make the final.”

“I am delighted with our recent league form and 20 points from a possible 24 is a great achievement. Avoiding relegation was very important so now we can concentrate on keeping the run going in cup football. We will miss Eddie Cotter, operated on for a broken nose on Thursday. Eddie has been a rock in midfield and we wish him a speedy return.”

“Also doubtful with a hamstring injury is skilful midfielder Stephen Heaphy who has missed the last two games while the excellent Fionan Murray is unlikely to be available through injury and other commitments. I limped off myself against Togher with a calf muscle strain but hope to overcome that”

NEUTRAL VIEW
We went to Kinsale’s Donal Foran for a neutral viewpoint and found him already looking forward to a big two final: “Blarney v Greenmount would have to be one of the best finals in recent years and I would look forward to such a game. I fancy Blarney to come through against Ballincollig as they have recently hit a good patch of form with a well organised side. I don't know much about Ballincollig but it will take a very good side to beat Blarney. “

“I feel Greenmount must be the favourites against Park.  Rangers have got some great results in the Premier recently. I always felt they were in a false position in the league while placed on the bottom for so long.”

Greenmount’s Ger Long: “In the other semi-final, Blarney are wily campaigners and will take nothing for granted as the trophy is known for turning up surprises. On the other hand, Martin will be telling his Ballincollig underdogs to go out and enjoy themselves and hopefully take what chances come their way. But it has to be Blarney, maybe 3-1.”

Ballincollig’s Colm Hogan: “We think Greenmount Rangers will win the other game as they have been playing very well recently. “

* Tomorrow is also a big day for third division sides, Inter City and Buttevant. They clash in St Mary’s Park and the winners of the play-off will be the champions in 3A. Buttevant won both their league clashes and will be the slightest of favourites but it could well go to penalties. 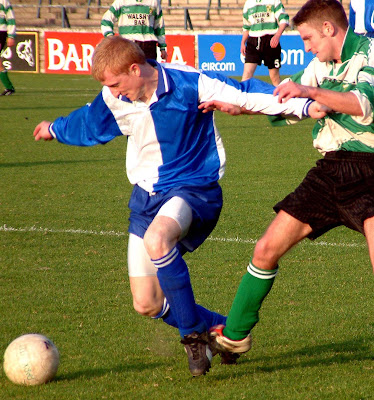