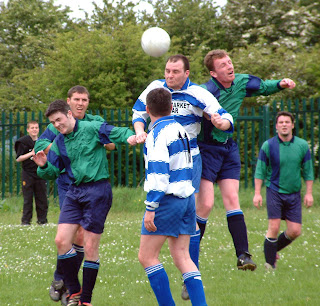 Grattan United made sure of Premier football next season when they scored a 4-1 victory over Passage at O’Neill Park on Saturday. The score-line, in a game that never reached any great heights, was probably flattering to Eddie O’Riordan’s side but the three points meant the winners could relax and enjoy their end of season night out.

Grattan took the lead in the 38th minute, following a good movement up the right. Forde crossed and Mark O'Sullivan outjumped a static James O'Leary to head past Calahane.

The Grattan keeper Adam Lynch made some vital saves in the second half, particularly in the opening minute. Then James O'Leary split the home defence and Chris McSweeney got in on the left and let fly but Lynch reacted well to turn the low shot outside the far post.

Grattan got an end of season present in the 56th minute. A poor clearance fell to Barry O’Rourke just inside the 18-yard line. He reacted quickly, made a few yards and sent a low shot speeding past Calahane and soon afterwards John Paul went close with a shot on the turn.

Passage reacted well to the setback and were unlucky when a Mark O’Sullivan run ended with a shot that came back off the post. Then John Gaffney got in behind the Grattan defence but keeper Lynch closed the gap quickly and somehow managed to turn the strong shot over the bar.

The keeper though was beaten midway through. He could only parry a John Gaffney free and McSweeney reacted quickly in the dusty goalmouth to tally. But Grattan nerves were soon eased as they replied within a minute when John Paul kicked home after a long ball in (his first touch) by sub Jason Fleming.

Grattan had another narrow escape in the 75th minute when O'Sullivan volleyed just wide of the near post off a McSweeney cross and the Northsiders wrapped it up with seven minutes to go when Steve Walsh, another sub, turned in a close range fourth after good work by the O'Sullivan brothers, Mark and John Paul. 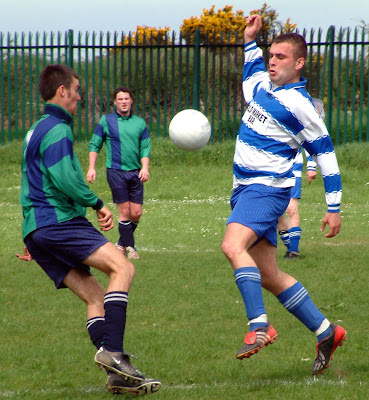 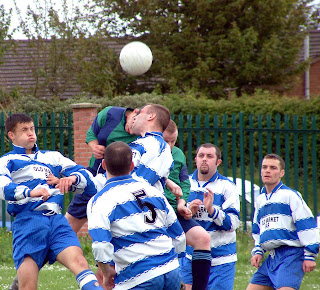 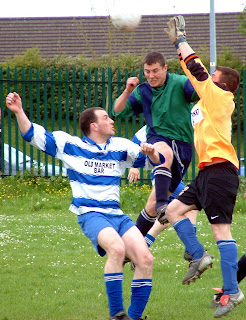 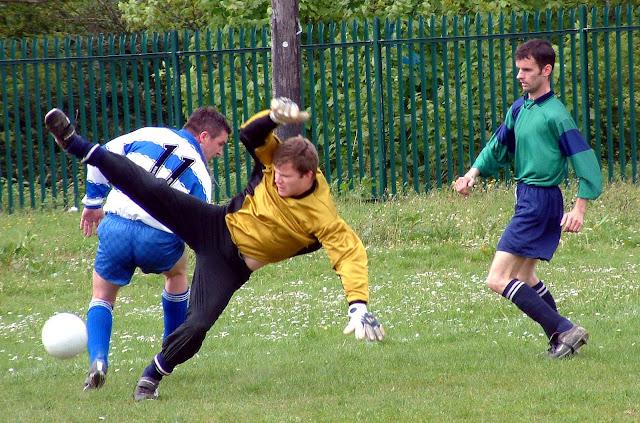