Blarney United v Greenmount  Rangers 28.05.04 AOH Cup final
Match details below
Please keep sharing and retweeting these pics. And, if you can, let clubs that are not on Facebook or Twitter and those that have folded know about them. Please share these photos on the internet as best you can as a lot of work has gone into them. When sharing individual photos on social media, please credit @CorkBilly on Facebook . Be sure too to download and keep copies for your own club. 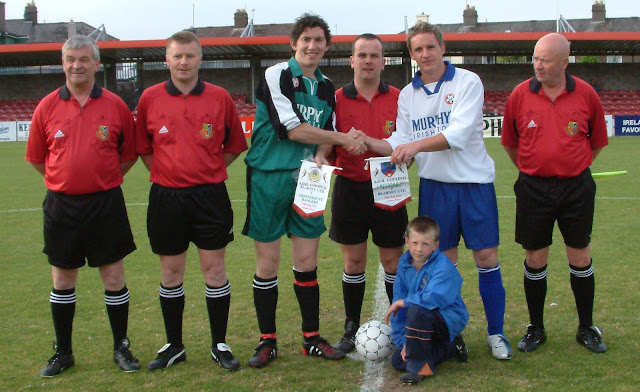 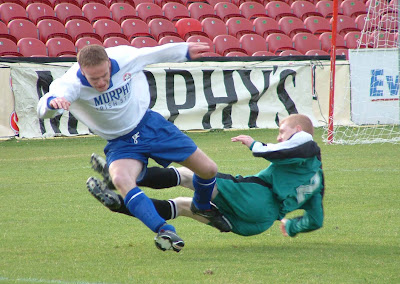 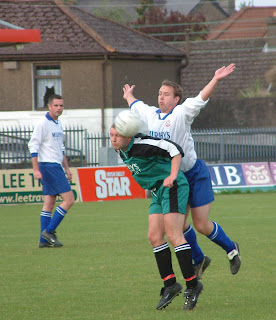 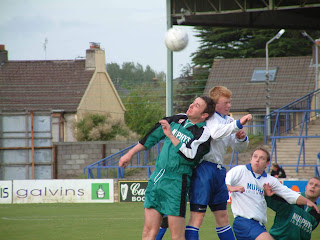 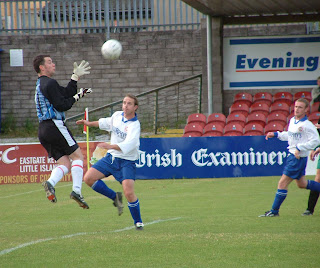 Keeper Paul Collins and midfielder Raymond O’Leary, both regulars on the AUL Oscar Traynor Cup team, each made a memorable contribution as Blarney United demolished Greenmount Rangers 3-0 in the final of the Murphy’s Stout AOH Cup at Turner’s Cross.

Collins had his magic moment shortly before the interval. Blarney were facing a free from the left touchline by international Brendan Cronin. Big Damien O’Neill, one of the few Greenmount players to play to form, rose highest in the box and headed the ball down into the path of Darren Gubbins. His low close range shot seemed well placed and on its way past Collins who somehow got down and turned the speeding ball away for a corner.
A magnificent save but that was eclipsed as a talking point some twelve minutes into the second half. Blarney were already a goal up by the time O’Leary picked up a loose ball following a Blarney throw-in on their left. The midfielder, standing some twenty yards or more from the endline and by the corner of the box, let fly off the hopping ball and his wonder strike sped past keeper Eamonn Breen who could only look on as it rocketed over his left hand shoulder and in by the far post.

It was O'Leary who had opened the scoring four minutes into the second half. This one, both in the build-up and the execution, was more predictable. The pass came from midfielder partner Dave Moynihan and O'Leary raced away to slot the ball low past the advancing Breen.

Greenmount’s dream of three in a row had turned to a nightmare; there seemed little chance of a comeback and the issue was finally settled in the 75th minute. Inevitably, O'Leary was involved. His neat ball over the top sent the substitute striker Steve McCann away and he finished superbly over the advancing keeper to make the final score an emphatic 3-0.
O'Leary picked up both the coveted AOH and the Murphy’s Stout Man of the Match award. 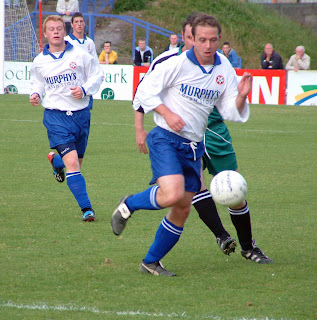 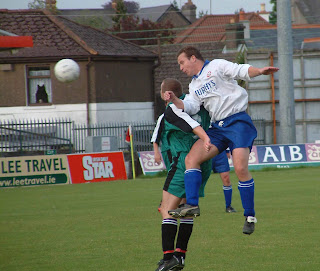 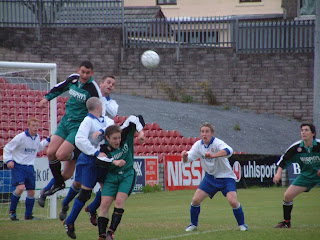 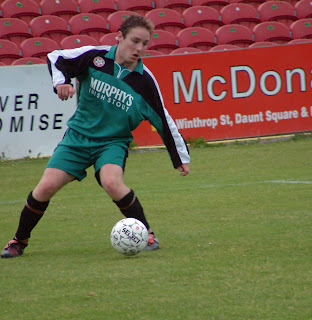 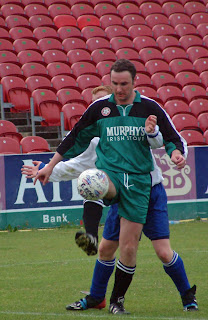 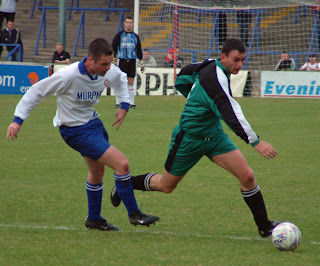 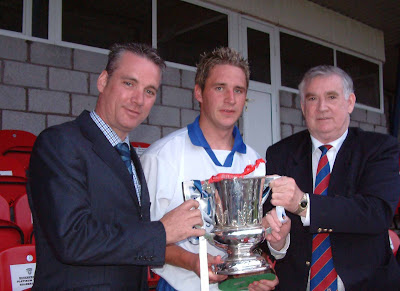 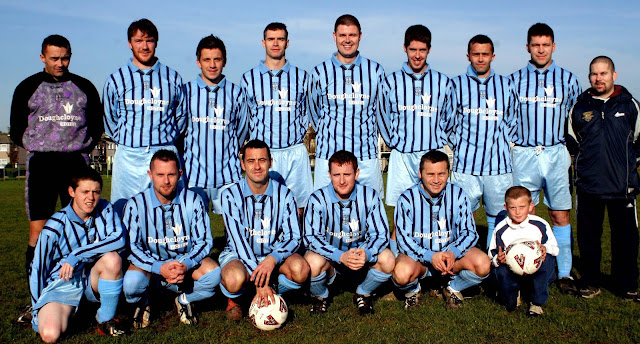