Ballincollig Blarney AOH semi-final 16.05.04
Please keep sharing and retweeting these pics. And, if you can, let clubs that are not on Facebook or Twitter and those that have folded know about them. Please share these photos on the internet as best you can as a lot of work has gone into them. When sharing individual photos on social media, please credit @CorkBilly on Facebook . Be sure too to download and keep copies for your own club. 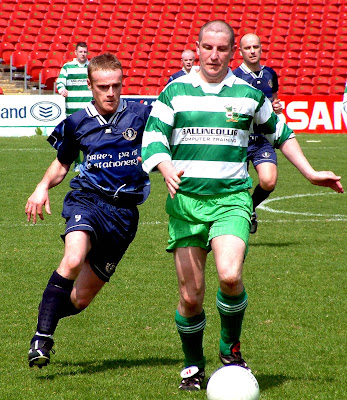 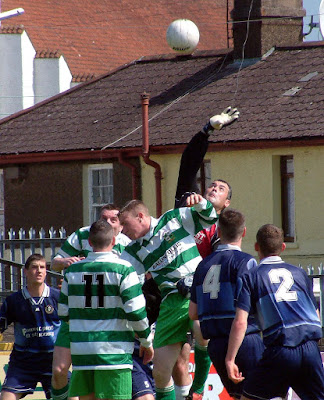 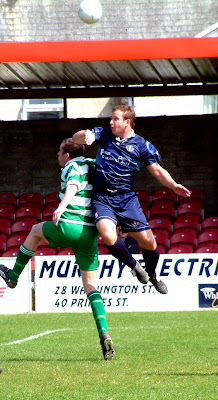 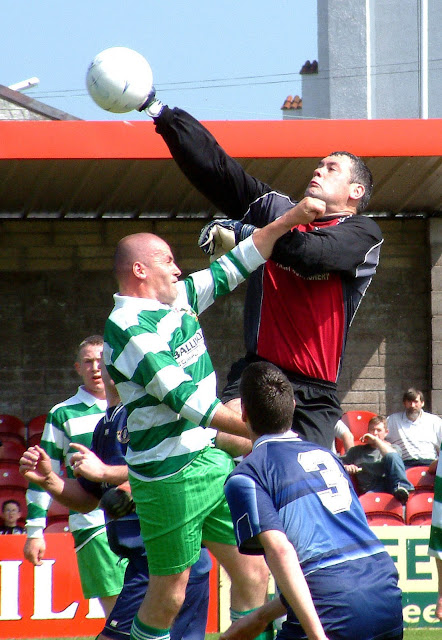 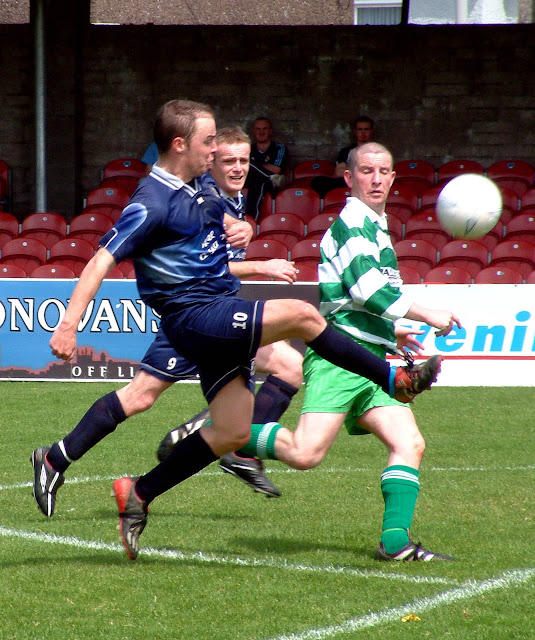 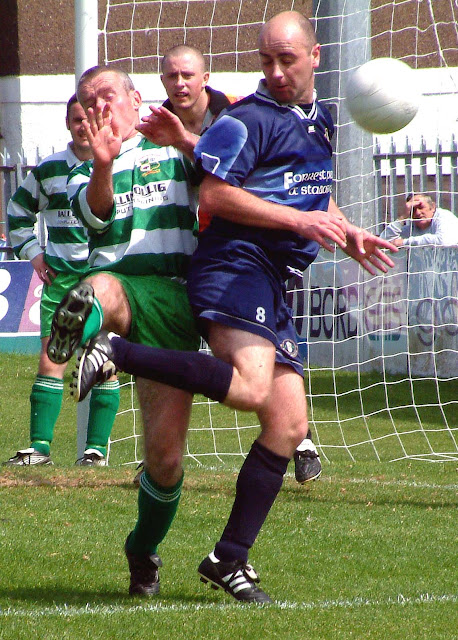 No report on this AOH semi-final... just the preview.

Colm Hogan, the Ballincollig PRO, knows he can get long odds on their first division team beating Blarney United in the first of the Murphy’s Stout AOH cup semi-finals at Turner’s Cross tomorrow. “They may be a Premier team but we’re not worried - the underdog has often come out on top at the end of the day. Ballincollig have had a lot of joy on their travels this season and to date have only lost one game away from home – on the opening day of the season in Macroom. So we are looking forward to going to Turner’s Cross.”

“It will be a first for many of the players to play down the Cross but the experiences of Anthony Hogan, Terry Coomey and John Kelleher and the guidance of long serving manager, Martin O'Neill, should help them rise to the occasion. We hope veteran Anthony Hogan leads his team to victory on this occasion and put one over on his twin brother, Finbarr, the Blarney United manager.”

The Blarney panel is fairly settled this season and is captained by the talented Raymond O'Leary. Finbarr’s assistant on the sideline is Connie O’Riordan who had given Blarney such sterling service over the years.

Blarney keeper Paul Collins, a member of the side the won the coveted trophy in 2000, reports that they have one or two injury problems but “all should come through okay for tomorrow.”

Surprisingly Paul says that just four of the panel were involved four years back: “It's the first AOH semi for the majority of our young squad, and there is a lot of excitement around for the first timers and experienced guys alike.”

“We haven't played Ballincollig this season but they seem to have good cup runs behind them, so it should be a tough game for us. You don't get any easy games in the semis and this will be no different. We had a good run so far in this year’s AOH and hopefully we can keep it going tomorrow.”

Blarney won and went on to defeat Greenmount Rangers in the final.