Village Utd v Freebooters 13.12.03
Match details below
Please keep sharing and retweeting these pics. And, if you can, let clubs that are not on Facebook or Twitter and those that have folded know about them. Please share these photos on the internet as best you can as a lot of work has gone into them. When sharing individual photos on social media, please credit @CorkBilly on Facebook . Be sure too to download and keep copies for your own club. 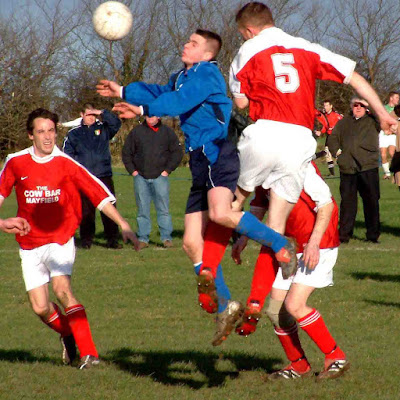 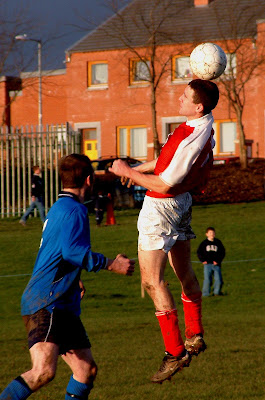 Heartbreak for Village Utd as they went out of the Statoil FAI Junior Cup on penalties after coming from two down to draw 2-2 with Kilkenny visitors Freebooters in normal time.

Penalties were a talking point at Silverheights. Village, two down at the break after a nervous first half, pulled a goal back from the spot in the 63rd minute and, with three minutes to go, should have had another spotter after the outstanding Eric Burns had had his heels clipped as he threatened in the box.

Village started well enough and both Johnny Cooney and Alan O’Brien had inviting opportunities before the Kilkenny side took the lead in the 13th minute. Alan Dowling got in a good cross from the right and Tim Clifford reacted well in the box to head home.

The goal took the wind out of the Village sails and they exerted little pressure on the visitors for the next twenty five or so. Freebooters weren’t forcing the issue either but did get a  second in the 36th minute. Then poor tackling in the centre of defence saw John O’Hara get in. He was eventually blocked but Ian Cleary scored off the loose ball after keeper Jamie Donovan had parried his first effort.

Village showed a little bit more bite as the half closed and unsettled the visitors on a few occasions. Eric Burns had a great run in the 41st minute and passed to Conan Burns but his shot was too high. Then Conan set up the lively Terry Lotty for a shot that drew a good save from Graham Doyle.

Jinty O’Sullivan enjoyed a good start to the second half and lifted Village. In the 54th minute, he outfoxed two markers in the box but his cross eluded two colleagues. Lotty then had a shot deflected wide and Freebooters somehow survived a major scramble following a 56th minute corner.

It was all one way now and no surprise that Village scored in the 63rd minute. O'Sullivan was fouled in the box and Kevin Dunn fired home.

And it was a Dunn shot that led to the 74th minute equaliser. His shot, after a well worked set piece, was helped on by Conor Jones but the final touch was off a Kilkenny defender.

The big penalty shout came with three minutes to go as Eric Burns worked his way into the box. A defender tried a tackle from behind and caught him on the heel but well placed referee Hegarty was not impressed.

Village continued to have the better of it in the first period of extra time and sub Leslie Kepple should have scored when clean through but his strong shot hit the side netting and later a Kepple free found the head of O'Brien but the effort was too high.

In between, Cleary hit a great cross for Freebooters from left to right but sub Jordan, coming in at the far post, had to settle for a corner.

Village again had the edge in the second period but a Richard Burns cross was just too far ahead of Jinty. Kepple was held up by his marker after a multi-pass Village move and Lotty went very close with a low drive as time came to an end.

The shootout was a very even affair. Village keeper Donovan got in the scoring act when he netted in the third exchange but it was Kilkenny keeper and captain Doyle who dived to his right to turn Kepple’s effort over and give Freebooters a 5-4 decision and a place in the 6th round. 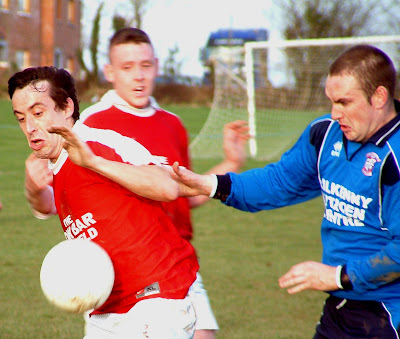 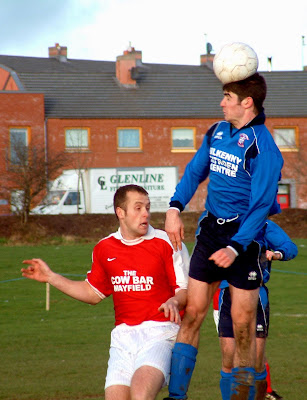 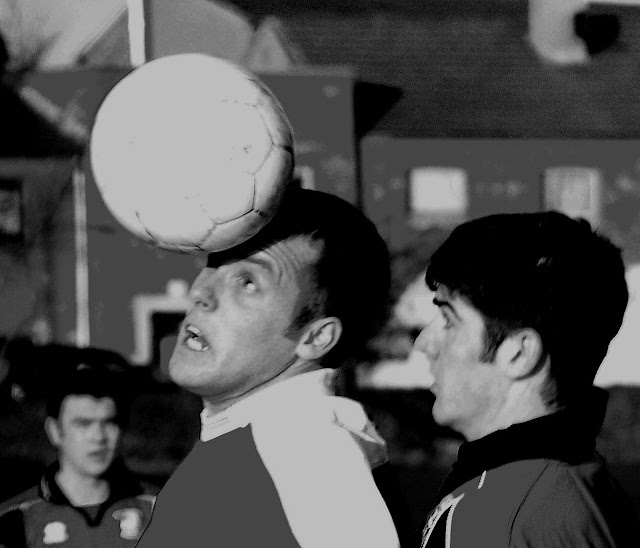 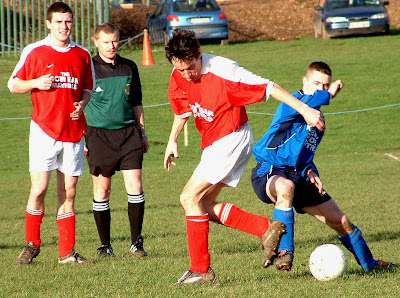 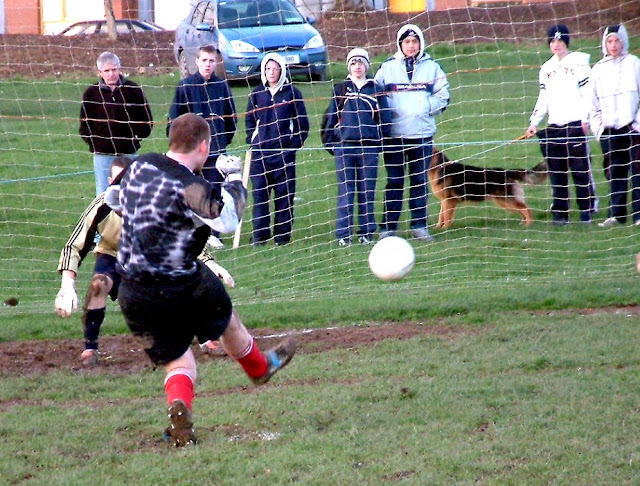 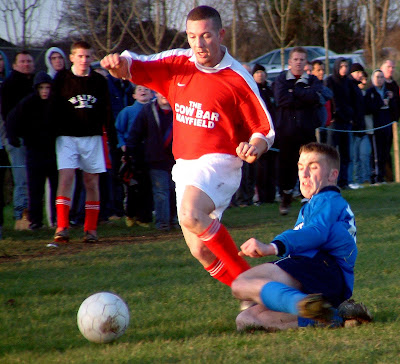 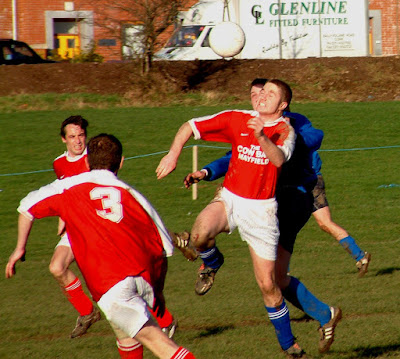 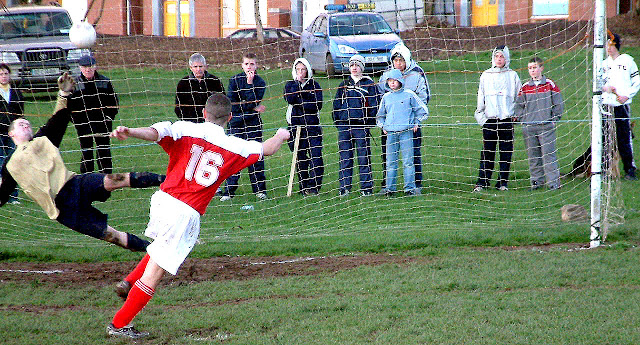 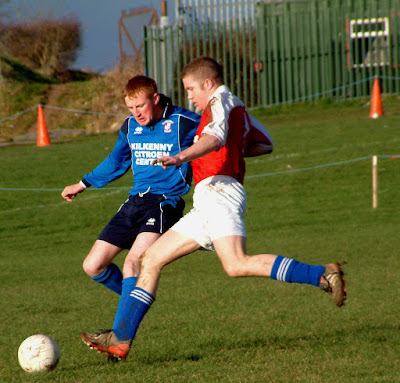 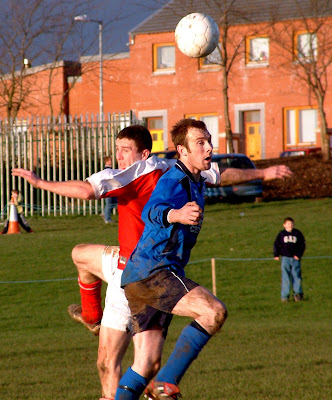 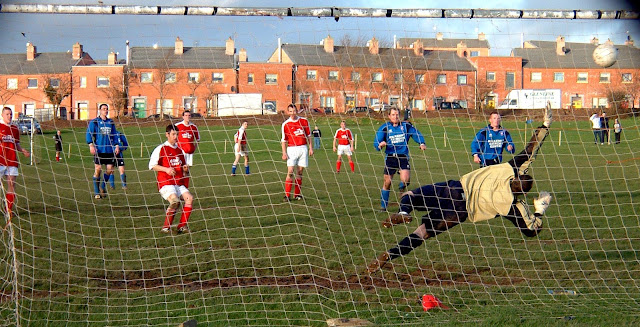 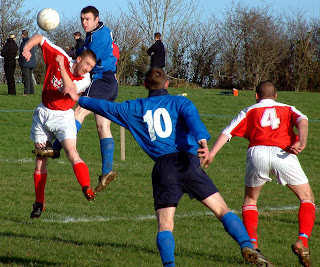 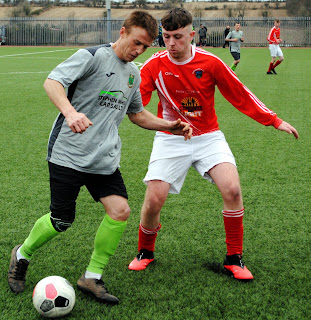 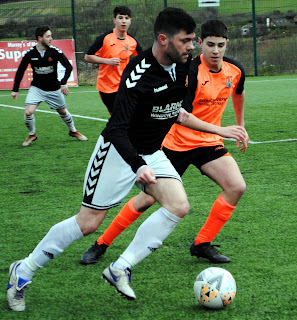