Passage 17s v Douglas Hall 25.10.03
Match details below
Please keep sharing and retweeting these pics. And, if you can, let clubs that are not on Facebook or Twitter and those that have folded know about them. Please share these photos on the internet as best you can as a lot of work has gone into them. When sharing individual photos on social media, please credit @CorkBilly on Facebook . Be sure too to download and keep copies for your own club. 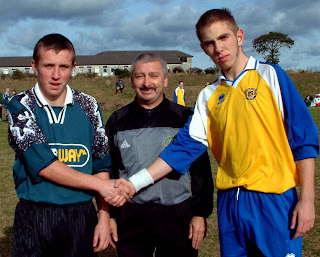 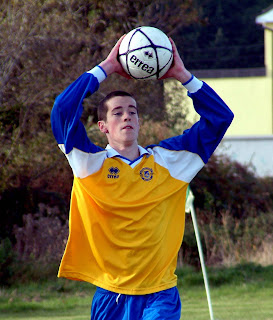 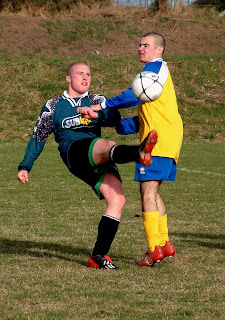 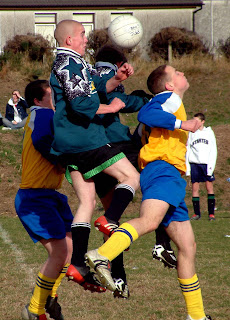 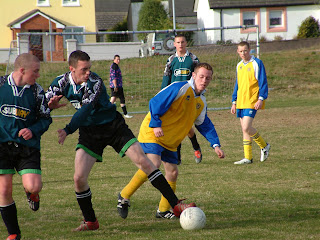 Echo Man of the Match Gary McCarthy scored on the double as Passage qualified for the last eight of the AUL U17 League Cup with a deserved 4-0 win over visitors Douglas Hall on Saturday.

The Hall, playing against a stiff breeze, held Passage scoreless in the first half but the harboursiders turned on the style after the break when McCarthy (2), outstanding striker Simon McGarry and the lively Larry Lee (what a rocket!) all scored to end Douglas’s interest in the competition.

The goals flowed in the second half and the Passage haul could well have been higher. In the opening minute, only a superb penalty box tackle by outstanding defender Mark Irwin prevented O’Flaherty from capitalising on a McGarry pass. In the closing minutes, Passage midfielder David Hayes should have turned in an O’Flaherty corner but instead put his glancing header inches wide.

And, in the 56th minute, with his very first touch, sub Eoin Fitzgerald slammed the ball into the Douglas net. His effort came after a Hayes shot, from a McGarry pass, had rebounded off the post. But the celebrations were cut short when referee Tony Murphy awarded a free out for offside.

Then McGarry reached  a through ball and touched it under the advancing keeper but that man Irwin was once again well positioned and cleared the danger. And it was fellow defender Cathal Doherty who came to the Hall’s rescue in the 58th minute, booting McGarry’s header from a  corner off the line.

But the luck didn't hold and Passage went in front in the 64th minute. O’Flaherty started the move in midfield and eventually found McGarry. His penalty box cross looked for a while as it would go to waste but McCarthy arrived on time and slammed a terrific drive past keeper O'Sullivan.

The deadlock was at last broken and now the goals flowed. Passage made it 2 –0 in the 70th minute, Lee and influential sub Fitzgerald both involved on the left before the latter’s cross was swept past the Hall keeper by McGarry.

The tally rose to three five minutes later. Fitzgerald's cross, again from the left, found Lee beyond the far post and facing the corner flag. Besides, he had a defender for company but he held the ball up well before laying it back for the incoming McCarthy to drive a shot low past O'Sullivan and in by the near post.

The Hall keeper found there was nothing he could do when Lee made it 4-0 in the 80th minute. O’Flaherty advanced from his left full position and played a pass square to Lee who fired in a unstoppable 30 yard shot that swerved and dipped, so packed with power that most adult keepers would have been beaten every bit as comprehensively as was young O'Sullivan.

McCarthy, with another year to go at this grade, was a deserving winner of the Echo Man of the Match award. Quite a few Passage players played well in the second half but, in the first half, when the chips were down, he was the standout performer for the harboursiders. Definitely one to watch. 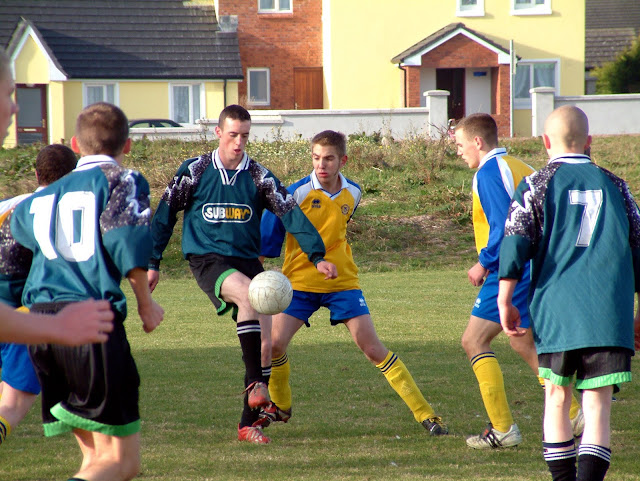 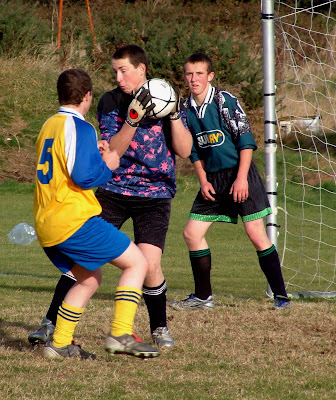 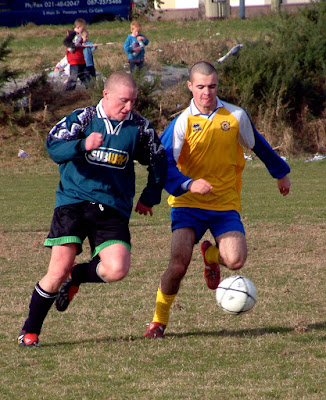 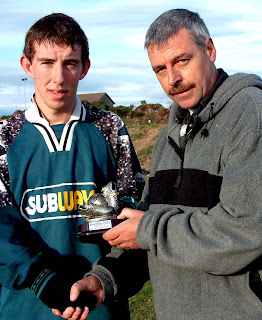