Grattan v Villa 30.03.04
Linnane Cup final details below
Please keep sharing and retweeting these pics. And, if you can, let clubs that are not on Facebook or Twitter and those that have folded know about them. Please share these photos on the internet as best you can as a lot of work has gone into them. When sharing individual photos on social media, please credit @CorkBilly on Facebook . Be sure too to download and keep copies for your own club. 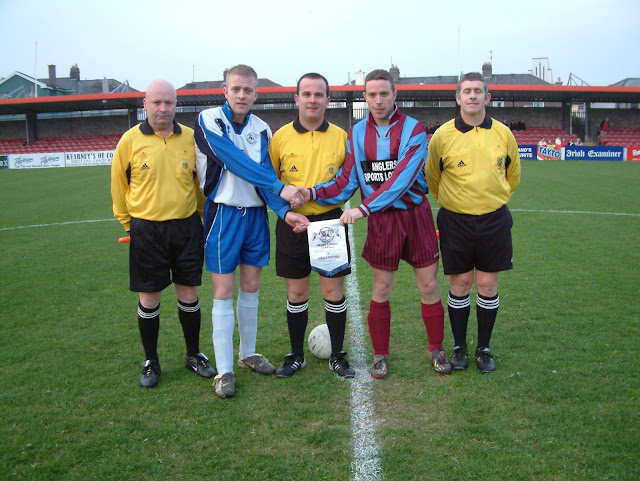 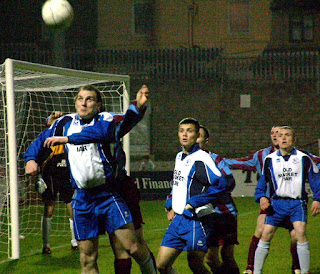 “It was disappointing. No doubt about it, “said Villa United secretary Sean Carroll as he reflected on last Tuesday’s Linnane Cup final loss to Grattan United at Turner’s Cross. “But we’ll bounce back. The main thing now is to stay up in the Premier League and one or two more wins should do that for us. Then we’ll have a look at things for next season and maybe get in one or two fresh faces.”

“I thought the better team won on the night. We controlled the first 15 minutes or so but Grattan came back well. They upped the pace and had a great second half and we weren't able to stay with them. I thought, after seeing Paddy O’Shea make the first of the penalty saves just before the break, that our name could be on the cup.”

“But it wasn't to be. Great credit to Grattan for playing so well, they are a good team. John Paul O’Sullivan was a great sub to bring on at the break and John Kearney was another young player to do well for them.”

Sean regrets that the Villa supply to striker Brian Montgomery wasn't appropriate. Monty had scored the opener in the third minute, timing his run perfectly to make the best possible use of a splendid ball from Alan O’Connor. “Unfortunately, Alan as carrying an injury and that didn't help us. But still we sent too many high balls in and Paul Lynch just kept heading them back.”

“I know I’m probably biased,” said Grattan secretary Joe Lynch,  “But, overall, on chances created, we deserved to win. We were certainly the better team in the second half but made a nervous start and that early goal was an awful blow.”

“Then that 45th minute penalty miss didn't help. We should have been going in at 1-1 and instead we were one down. But fair play to manager Eddie O'Riordan. He got them going and sent them out on to the pitch early rather than leaving them sitting in the dressing rooms feeling sorry for themselves.”

“And Eddie gets the credit too for the introduction of sub John Paul. That was a masterstroke. Villa just couldn't handle him and his winning gaol would have graced any final. He and brother Mark are a confident pair – defeat is not in their vocabulary. They are full of beans and certainly were a handful for Villa on Tuesday night”.

“Once we got to 1-1, you could see the team’s confidence growing. That was a fine goal by Darren Geaney. He is a great workhorse, the only survivor of our 1996 AOH Cup winning team and indeed, he scored the winner in that replay against Togher.”

Lynch, who had a distinguished career between the posts for Grattan, had time to sympathise with Villa keeper Paddy O’Shea who made two fine penalty saves and still ended up on the losing side.

Both saves were from Grattan skipper Denis Cremin, the first in 45th minute with Grattan a goal behind, the second in the 82nd with Grattan leading 2-1. A foul on Mark O'Sullivan trigged the first award, one on Kearney the second.

Lynch said that promoted Grattan’s main aim since the start of the season was to consolidate their position in the AUL Premier League. “This cup win will be a boost for the rest of the league, All the games are big, nothing easy. Tuesday was a great night for the club and especially for our President Dinny Pop. We brought him to see the team in the dressing rooms before the game and he got a huge welcome from all the players.” 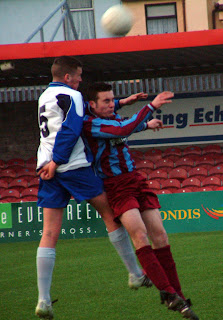