Carrigtwohill v Knockavilla 24.01.04
Match details below
Please keep sharing and retweeting these pics. And, if you can, let clubs that are not on Facebook or Twitter and those that have folded know about them. Please share these photos on the internet as best you can as a lot of work has gone into them. When sharing individual photos on social media, please credit @CorkBilly on Facebook . Be sure too to download and keep copies for your own club. 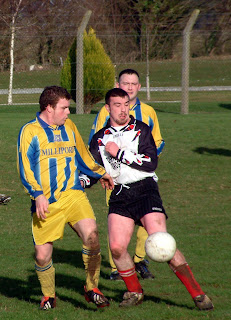 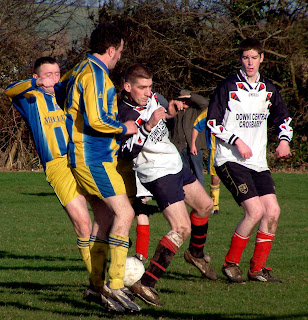 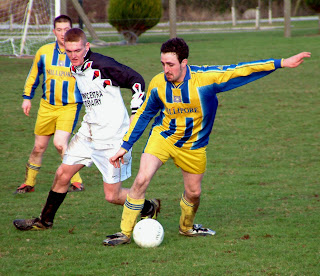 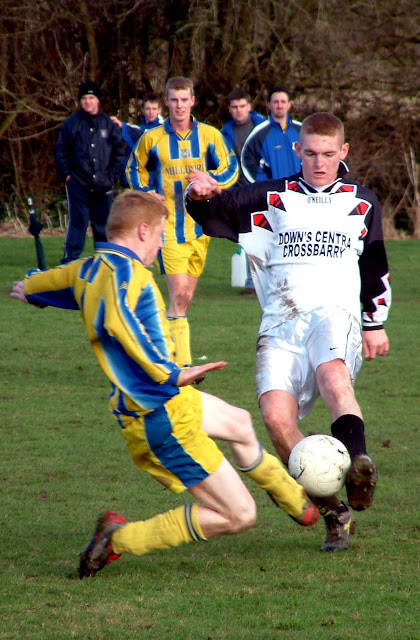 Third division high fliers Knockavilla Celtic came a cropper at Slatty Park on Saturday when they lost 4-0 in the Murphy’s Stout County Cup to first division hosts Carrigtwohill United whose first and last goals came from terrific crosses by left back Niall Kidney.

Celtic were under siege for most of the first half but it was just one nil at the break and the visitors were in with a chance. But they pressed the self-destruct button soon after the interval and the concession of two soft goals meant they were out of it long before sub Carl Sylvester stretched to make it 4-0 in the second last minute.

The visitors were split wide open in the 20th minute when Kidney fired in a smashing cross from deep. Derek “Nozzle” Healy seemed to lull his marker into a false sense of security before jumping late to direct a looping header over a frantically back-pedalling keeper.

And Carrig came ever so close to a spectacular second in the 32nd minute. Then a Mick Fitzgerald free was half cleared to Leonard Healy and his fantastic 20 yard volley flew like a rocket but crashed off the inside of the far post before bouncing across the goal to safety.

Carrig were now so much on top and so comfortable that their defence began to get a bit complacent. But the winners stretched their lead n the 53rd minute; Adrian Hodnett was left totally unmarked a few yards from goal to finish off good work by Leonard Healy and Brian Barry.

It got even worse five minutes later. Then the back-line and keeper all converged on a long ball. Derek Healy saw his chance and got in among them to turn the ball into the empty net to make it 3-0.

There would be no consolation goal for the visitors though they did come close in the 81st minute. Then Burke, who had faded after a bright opening, got in behind the defence. His effort though was well saved by keeper Kidney and his second was turned behind for a corner by Brian Nolan. Rob Walsh got his head to the corner ball but saw his effort go well over.
That final goal was left to sub Sylvester. Again the chance came from a quality cross from the left by Kidney and the sub went full stretch to turn it past keeper O’Brien from close in. O'Brien wasn't the only Knockavilla player relieved to hear the final whistle that was sounded soon afterwards by referee Larry Buckley. 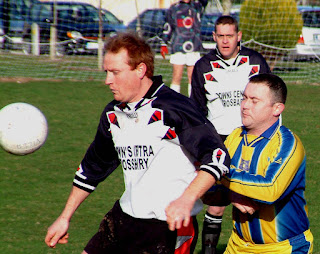 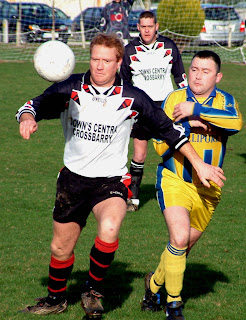 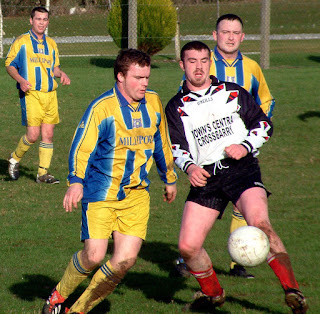 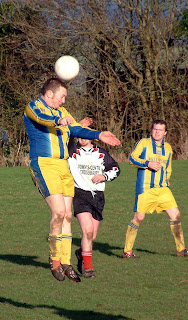 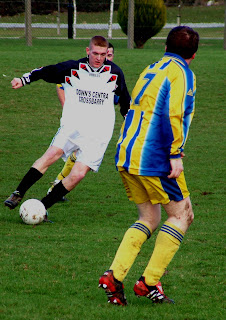 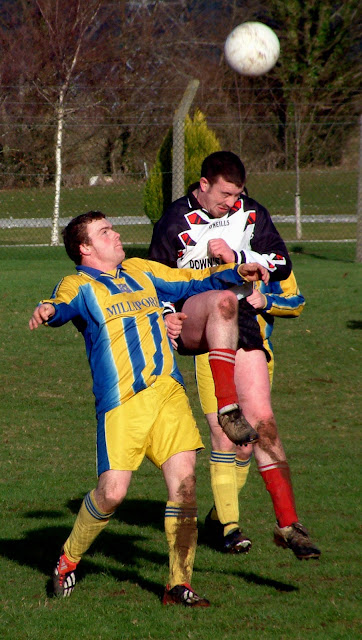 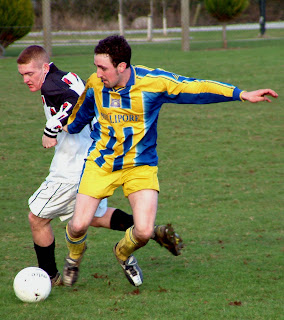