Thanks for sharing and retweeting these pics. Quite a few clubs are not on Facebook or Twitter and others have folded. Please share these photos on the internet as best you can as a lot of work has gone into them. When sharing individual photos on social media, please credit @CorkBilly on Facebook . Be sure too to download and keep copies for your own club.
Ballyvolane (yellow) v Innishannon 28.9.03 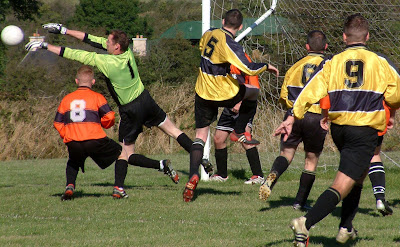 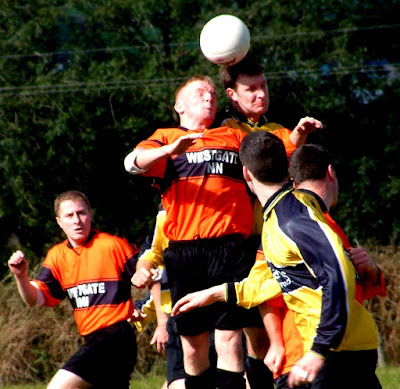 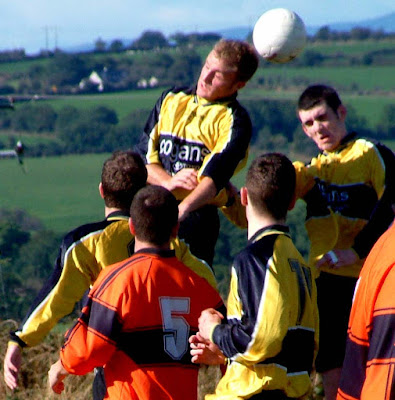 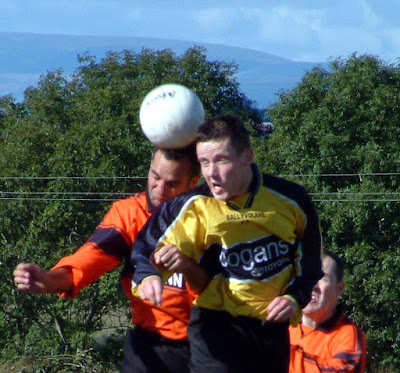 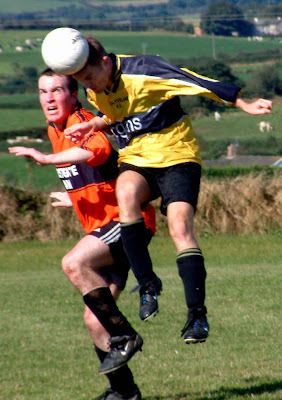 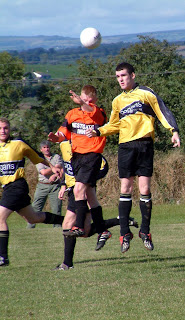 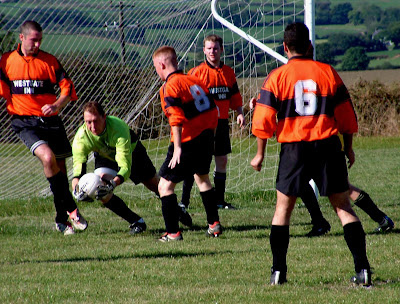 Keeper Noel McCarthy was outstanding for second division Innishannon as they surprised first division hosts Ballyvolane 1-0 in the opening round of the Lucozade Sport Munster Junior Cup.

Not alone did big Noel stop everything that the home side threw at him but his long clearance led to the early second half decider. The incoming ball drew the Ballyvolane keeper off his line and Paul Hickey took advantage to lob a beauty from outside the box.

There wasn't much between the sides in the opening half but Innishannon were doing enough to suggest a shock was on the cards. They had some decent chances.

Ballyvolane had the first opportunity after the restart but the lively Brendan Nyhan, having cut in on the right, drove across the keeper and wide of the far post. Hickey's lob came in the 47th minute and Ballyvolane were chasing it after that.

And not to any great effect. Indeed, the better chances continued to fall to the underdogs. They came close after a 54th minute corner by Carroll Daly. The ball broke to Broderick but his six yard touch was just that and keeper Condon gathered.

Ballyvolane's best effort came in the 73rd minute. Then Barry crossed from the right and Gary Hanover got in a good downward header but McCarthy turned it behind.


Ballyvolane battled away to the end and the pressure told on Innishannon with three minutes to go when Murphy reacted to a foul on his keeper and was red carded. But even then, Ballyvolane couldn't find a way through. Innishannon did though and Condon had to save smartly from Conor Gleeson in injury time.