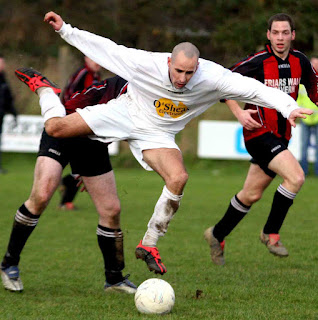 Two goals up after twenty minutes, it looked odds on that Leeside were on their way to an easy win over lower ranked Dunbar Celtic in Monday’s Lucozade Sport Munster Junior Cup tie at Little Island.

Indeed, it could well have been four nil at that point. But spirited Dunbar hung on in there and hit a post with a free just before the break before going on to enjoy a good second half. 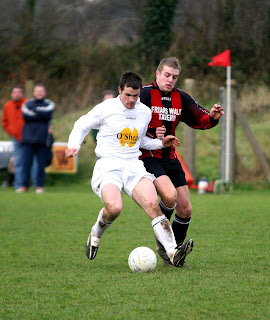 But all they could manage was a late consolation from Craig “Disco” O’Leary as the Premier side booked their place in the fourth round which will see them take the Limerick road to take on either Pike Rovers or Granville Rangers.

Leeside got a soft enough opening goal in the 9th minute. Conor O'Leary tried his luck with a 30 yard free kick and Dunbar defender Kevin O’Sullivan, who had given away the free in the first place, stuck out a long leg to block O'Leary’s effort but sent the ball spinning over keeper Danny Daunt and into the back of the net. 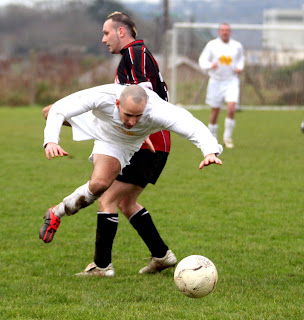 Ger O’Mahony should have had made it 2-0 in the 23rd minute. Flying winger Alex Nodwell had been ripping the Dunbar defence apart and got through on the right before pulling the ball back to the incoming O'Mahony. But, with an open goal ahead of him, O'Mahony drove too high.

Nodwell and O’Mahony were involved again a couple of minutes later when Leeside went two up. O’Mahony took on Nodwell’s pass at the edge of the box and was fouled and full back Mick Looney fired a beautiful free kick to the top corner to make it 2-0. 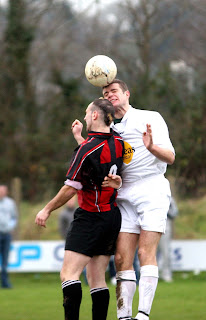 The flow of Leeside attacks slowed after that and Dunbar had a couple of late first half chances. They came within inches of scoring in the 44th minute when centre-forward Wayne Cooper saw his 23 yard free hit the post before being gathered by relieved keeper Michael Coughlan.

They had a decent change again in the following minute, following a corner kick forced by Shane Brazier. Skipper Gary Tobin floated it over and Mick Kennelly headed clear. But the clearance was quickly returned and Brazier had an opportunity but hastily shot from 10 yards or so and put the ball well over. 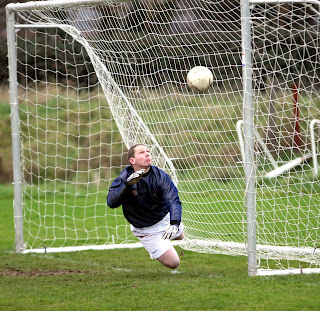 Leeside had a great chance to kill off the game as a contest in the second minute of the second half. Then Delea, the inter-league striker, rounded keeper Daunt but, with the keeper still in touch, the Leeside man could only bundle the ball into the side netting.

Dunbar got their goal back in the 84th minute. Their forwards dragged the Leeside defence to the attacking right and when sub Ian O’Riordan switched the ball to the left, he found the unmarked Craig O'Leary and the two goal hero of the previous round calmly curled the ball past keeper Coughlan.

The goal should have been a boost to the city side but it was also a warning to Leeside and they shut up shop. A tiring Dunbar didn’t get through to worry Coughlan again and indeed the better chances of the closing minutes came to the homesters with both Nodwell and Kennelly spurning good opportunities.