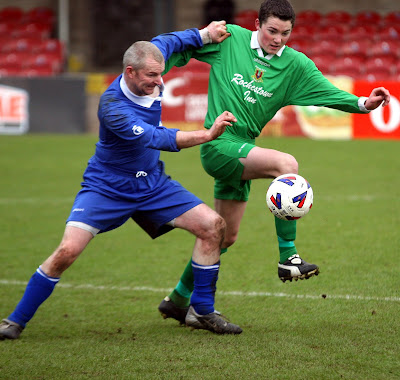 Kinsale centre-forward Declan Ryan scored the early winner as Kinsale won the Murphy’s Stout AUL Linnane Cup for the first time ever with a 1-0 victory over Passage at Turner’s Cross on Sunday morning.

The opener came in the 9th minute and followed pressure up the right. Peter Jones got in a cross and Ryan Coyle let fly. When his shot rebounded, it broke across the box to the left hand side where Ryan found himself unmarked; he slipped as he closed on the loose ball but steadied himself sufficiently to curl a low shot to the left of Eric Cahalane and into the net. 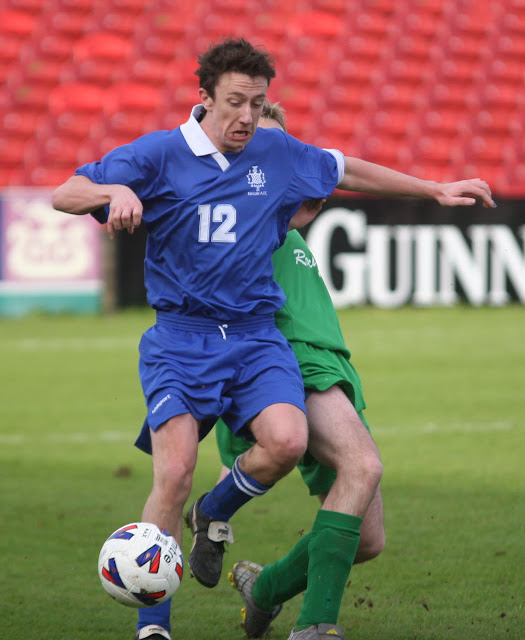 Passage tried hard to get back into it but found keeper Graham Quinn in superb form in dealing with a string of dangerous corners and free kicks, all by Gavin O’Connor.

Paddy Carroll’s charges fought well and put Kinsale under pressure. The deadball situations were full of danger as O’Connor’s aim was good but Quinn’s eye was in and twice, when under severe pressure, he impressively punched clear. 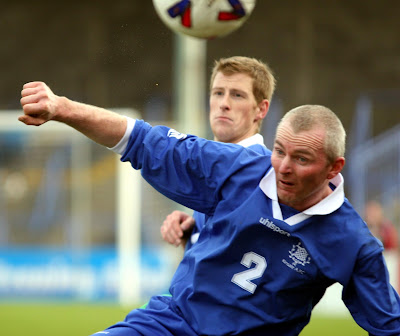 Kinsale had a rare raid in the 25th minute when the lively Danny Searls got free up the left and set up Kenneth Harrington for a low cross that was just inches too far ahead of the incoming Ryan Coyle.

Twice, Passage saw efforts (first from McGarry, then O'Leary) end up in the side netting but it was Kinsale who ended the half the stronger. In the 42nd minute, McCarthy’s precise through ball in the box sent Harrington free but his effort was narrowly wide of the near post.

In the next minute, Searls got away from the experienced Passage sweeper Paul Coughlan and lifted a neat chip over the advancing keeper. It looked good for a goal but came back off the bar.

Passage would have been hoping to keep the pressure on after the break but instead Kinsale took a grip on proceedings. McCarthy and Jones were in control in the middle and the seasiders kept Passage stretched thanks to the efforts of the wide players Coyle and Searls. 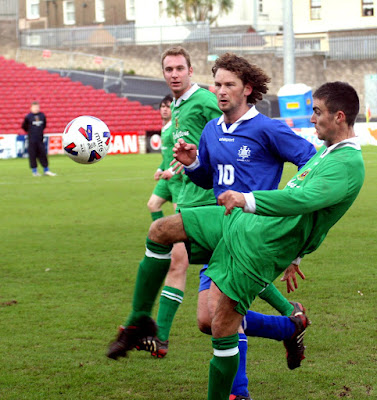 Kinsale came close to finishing the game as a contest in the 59th minute when Harrington skilfully worked his way through and found Coyle at the edge of the box. Coyle outfoxed his marker and got into the danger area but had to settle for a corner.

The best Passage chance came midway through when they combined to get McGarry free in the box on the right hand side. Perhaps the young player should have shot himself but he elected to pull the ball back and his pass fell a few feet behind colleague McSweeney.

The threatened revival, which owed much to the contribution of young sub Eric Burke, didn't last long. Kinsale though were now less confident and resorted to delaying tactics, illustrated in the 78th minute when Ryan was booked for knocking the ball away.

It wasn't pretty but Kinsale held on and made up for last season's final defeat to Greenmount in the process. 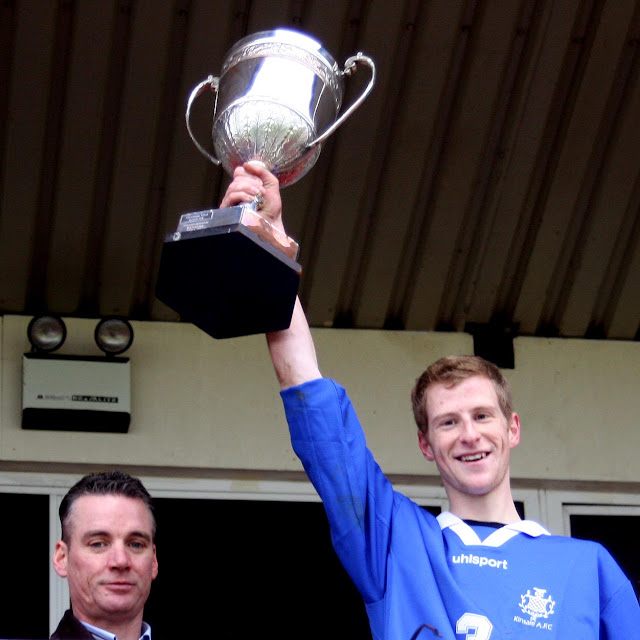 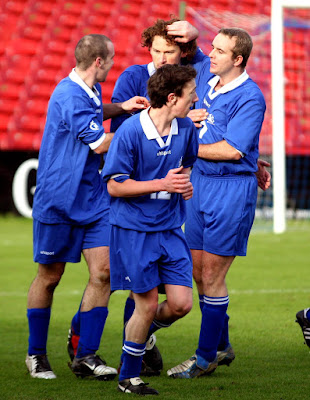