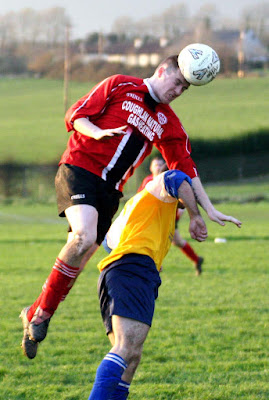 Leaders Blarney Street Athletic came from behind to earn a hard won point against visitors Rathcoole Rovers in a very entertaining and competitive clash in Murphy’s Stout AUL 1A at Monard on Saturday.

Rathcoole absorbed the early pressure and surprised their hosts by going ahead in the first half. Blarney Street, relieved at not being further behind at the break, piled on the pressure and scored a deserved second half equaliser. Each side had chances to take it at the end but a draw was probably a fair result.

The Street promised much in the early exchanges but the most dangerous shot came from the lively Adrian Nash whose 8th minute blast saw home keeper Jason Downey stretch to tip over. 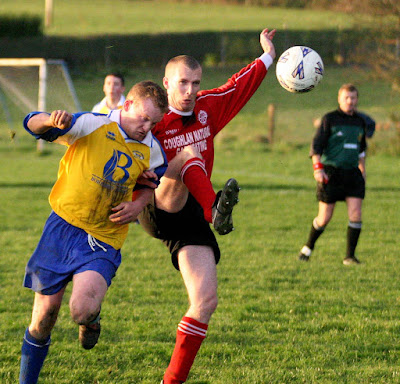 In the 21st minute, Blarney Street’s new signing Brendan Dowling reached a John Paul Thompson corner but his header was wide of the far post.

The action was fast and furious and Rathcoole took the lead in the 27th minute when a penalty box cross by John A. Browne unhinged the hesitant defence and Tadhg Browne nipped in to drive low past Downey.

Rathcoole came very close to doubling their lead in the 33rd minute. A very strong Tony Buckley run into the box produced a corner and that was headed just over from close range by outstanding defender Michael Cashman. 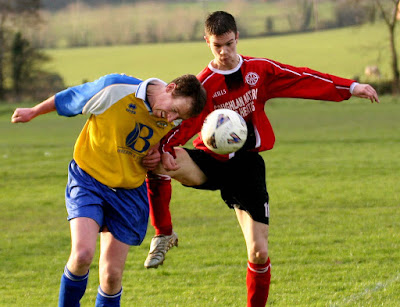 The city team looked good for an equaliser in the 36th minute when Coughlan broke through the middle but Rathcoole keeper and skipper Fergal Walsh saved at close quarters.

Blarney Street picked up two bookings at the start of the second half as their determination to get back into it showed. The equaliser would come but not before another fright. That was in the 64th minute when Tadhg Browne’s cross from the right was just missed by the incoming John A. Browne and Kevin Healy, unmarked at the far post, was also unable to reach it.

The Street pressure told off in the 66th minute. Then an Alan Conroy free broke to Coughlan but keeper Walsh just got there. The clearance was returned and broke back to midfielder Rodney Power who fired a 16 yard beauty to the top corner to make it 1-1. 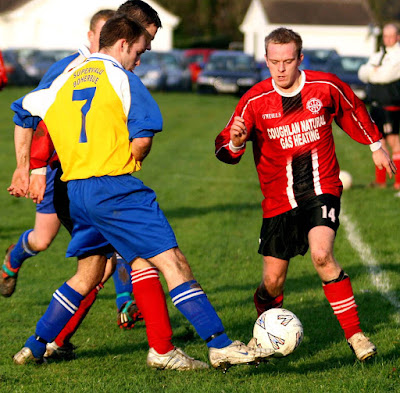 Still time for a couple of scares at each end. Rathcoole almost regained the lead five minutes later when John A. took advantage of hesitant defending and let fly from twenty yards only to see his dipping shot strike the top of the bar on its way over.

John Paul, Cronin and Coughlan all sent teasing crosses across the Rathcoole box in the closing minutes while at the other end keeper Dowling came to the rescue when Tadhg Browne broke through. 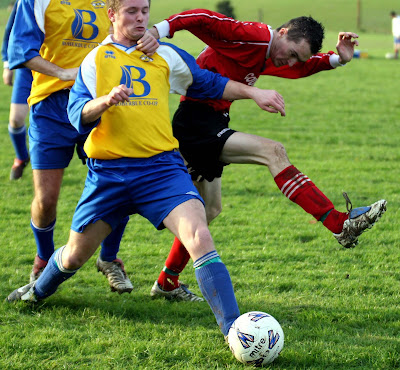 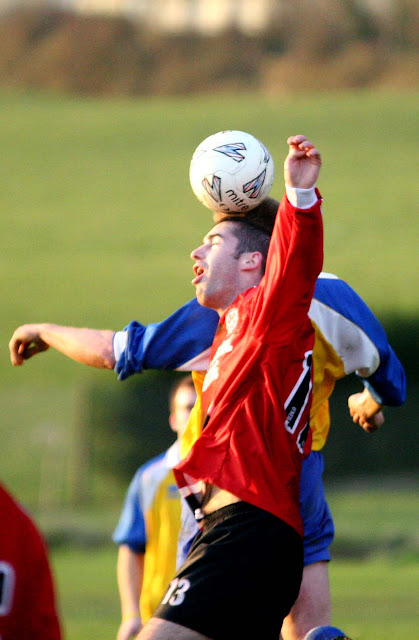