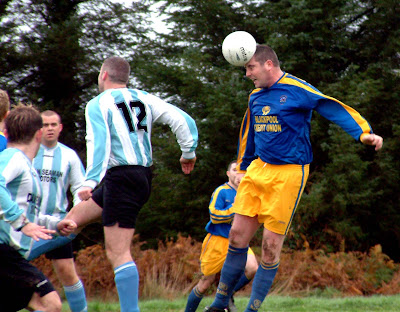 But at the 30th minute mark, a shock was on the cards. Harp took the game to the favourites and recovered from the shock of giving away a soft opener to power into a 2-1 lead. But then their injury hoodoo struck and influential performers, goal-maker Mick Delea and goal-scorer Cian Horgan, limped off with hamstring injuries.

The high flying third division team were already depleted, short some six first choice players because of injury, including skipper William O'Brien and top scorer Alan Molloy. Blackpool seized the initiative and scored two before the break and killed off the contest with three classy third quarter goals.

Former Celtic keeper Shaun Murray was in charge of the home team and he was a happy man: “Yes, I’m well pleased with that result and performance. We struggled to get into it at the start but came back well and scored some great goals.” 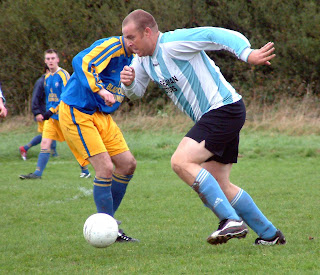 Harp scorer Horgan insisted his team’s morale wouldn’t be damaged by this heavy defeat. “We were short too many today and the first half injuries didn't help either. You just have to write it off as one of those days. But we are the top scorers in the third division and are going well in AUL 3.”

The underdogs had the better of the opening ten minutes, without ever bothering Willie Mathews in the Blackpool goal. The home team did have a couple of raids and looked dangerous each time they crossed the halfway line.

Horgan had the first strike in anger. That came in the 12th minute and owed much to the persistence of midfielder Denis O’Brien who chased the ball to the end-line and pulled it for his striker who let fly from the edge of the box, the shot just whistling wide of Matthews’ right hand stick.

Two minutes later, Horgan split the defence with a  superb ball from inside the centre-circle. Delea raced after it but found keeper Matthews, who had made a rapid 18-yard dash, at his feet before he could shoot.

So it was somewhat against the run of play that Blackpool took the lead in the 18th minute when a hopeful effort from the left by man of the match Brian Wall hopped all the way across the box and in by the far post with no one else getting a  touch.

But Harp came back immediately and equalised within sixty seconds, Horgan on target with a piledriver after Delea had set him up at the edge of the box.

And the experienced pair combined again on the half-hour to make it 2-1. The home defence failed to cut out a low ball up the right and Delea ran on and squared it for Horgan who, despite the best efforts of Ian Murphy, shot high past Matthews.

But that was as good as it got for the losers. Delea limped out in the 33rd minute and was followed three minutes later by Horgan. To make it worse, Blackpool equalised in between with a stunning strike by Wall after a finely judged diagonal ball forward by full back Billy Murphy.

And it was a foul on Wall that provided the penalty from which Blackpool skipper Ken Twohig made it 3-2 in the 41st minute. Twohig’s spotter was well hit and went in despite keeper Philip Moore getting a hand to it.

Wall and Twohig were in top form and they ran the show in the second half and indeed combined to set up the 53rd minute fourth for Trevor Ward. Wall's through ball did the damage and Twohig’s penalty box pass was coolly converted to make it 4-2.

Four minutes later, after strong Blackpool pressure, Twohig cut in on the right and, from the narrowest of angles, fired the fifth high past the luckless Moore.

The scoring was completed on the hour when Wall soloed through from half-way, beating off a succession of tacklers before shooting low past Moore to complete his hat trick. 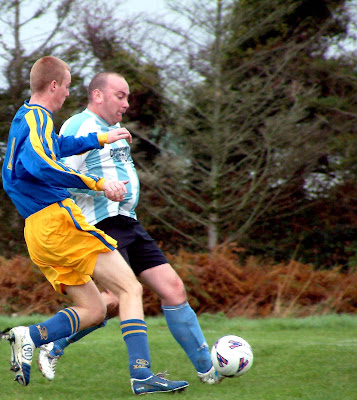 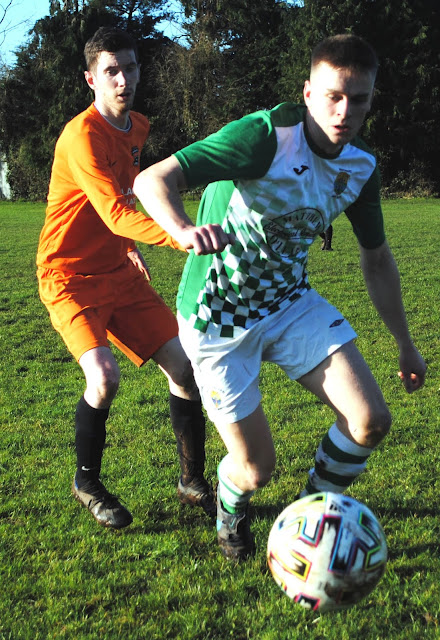